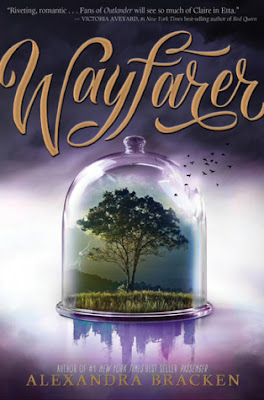 All Etta Spencer wanted was to make her violin debut when she was thrust into a treacherous world where the struggle for power could alter history. After losing the one thing that would have allowed her to protect the Timeline, and the one person worth fighting for, Etta wakes up alone in an unknown place and time, exposed to the threat of the two groups who would rather see her dead than succeed. When help arrives, it comes from the last person Etta ever expected - Julian Ironwood, the Grand Master's heir who has long been presumed dead, and whose dangerous alliance with a man from Etta's past could put them both at risk.

Meanwhile, Nicholas and Sophia are racing through time in order to locate Etta and the missing astrolabe with Ironwood travellers hot on their trail. They cross paths with a mercenary-for-hire, a cheeky girl named Li Min, who quickly develops a flirtation with Sophia. But as the three of them attempt to evade their pursuers, Nicholas soon realizes that one of his companions may have ulterior motives.

As Etta and Nicholas fight to make their way back to one another, from Imperial Russia to the Vatican catacombs, time is rapidly shifting and changing into something unrecognizable ... and might just run out on both of them.

Wayfarer is the second and final instalment in Alexandra Bracken’s Passenger duology and is a stimulating conclusion to an enjoyable tale that will transport you to another time and place.

After the harrowing events that took place in the first book, Etta Spencer finds herself waking up in an unknown place and time, cut off from those she loves and orphaned in an unstable timeline. Alongside a surprising guide in Julian Ironwood, Etta knows the only way to stop the ever changing timeline is to find the astrolabe before Cyrus Ironwood does, a feat that grows increasingly more complex every day. Located in a completely different era and across land and sea, Nicholas Carter is desperately searching for a way to locate the woman he loves, but try as he might nothing seems to bring him any closer to finding Etta. Encountering old enemies and new friends, Nicholas travels alongside Sophia in his quest to locate Etta, but with multiple individuals hunting the astrolabe Nicholas may have to face a danger he could never have expected…..

After the thrilling ending of Passenger, Alexandra Bracken sees Wayfarer pick up where the last book left off, taking readers across vast lands and seas, jumping from one era to the next with intriguing characters and histological figures making appearances in the novel. Though a thoroughly enjoyable and well written read, I’m a little bit disappointed with the fact I didn’t love Wayfarer to the same extent I did Passenger.

Don’t get me wrong, Wayfarer is still an exceptionally well told and depicted tale, but I wasn’t as blown away as I was with Passenger. Maybe because I missed seeing Etta and Nicholas together in the story and missed the “them-against-the-world” element that was evident in Passenger as they travelled together and gradually fell in love. That being said, Wayfarer was still a vastly engaging book. Bracken keeps her readers absorbed and continues to entertain.

Alexandra Bracken has introduced her readers to a very enticing world of time travel and alternate timelines in this duology. The characters—especially leading characters Nicholas and Etta—have been vibrant and highly likable. There’s so much potential with the world she has constructed and I must admit I’d love the opportunity to explore more if the chance ever arose. Julian, Sophia and Li Min have so much promise and to see tales about them down the track would be just fabulous. I don’t know if it’s a possibility, but I definitely think there’s a story there and a great opportunity to learn more about this world of travellers.

Entertaining and engaging, Wayfarer is a worthwhile follow up to Passenger and concludes Alexandra Brackens latest series in manner that leaves me satisfied but still hoping to see more of this thoroughly entrancing world.