Thanks to HarlequinTEEN Australia I have some A Mad Zombie Party by Gena Showalter Bookmarks to give away to four lucky readers!

For those who aren't familiar with the book and series, A Mad Zombie Party marks the fourth book in the White Rabbit Chronicles, a kick-ass series featuring awesome heroines, sexy slayers and a new twist on zombies! 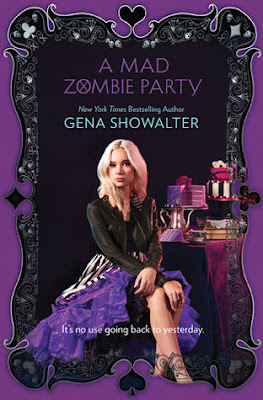 The enemy has risen from the grave. Together we slayers must stand, or one by one we will fall.

Ali Bell's crew of zombie slayers thought they'd won the war against Anima Industries, the evil company responsible for capturing and experimenting on zombies in an effort to discover the secret to immortality. In the last epic clash, the slayers lost many of their crew and closest friends. But Frosty, the ice man himself, has not recovered from one casualty in particular — the love of his life, Kat Parker.

On the path to self-annihilation, Frosty receives a message from beyond — Kat's spirit returns, insisting he partner with rogue slayer Camilla Marks. Frosty will do anything for Kat. Except that. Camilla's betrayal caused Kat's death.

But when Anima rises from the grave stronger than ever, Frosty, Camilla and all the slayers will have to work together to survive. And one broken slayer will learn that sometimes the line between hate and attraction is blurred... and the road to redemption may mean letting go of the past and grabbing hold of the future.


Check out the rest of the series here! 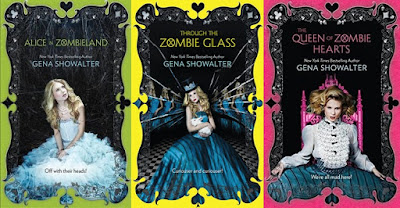 Check out these pretties!
I'm keeping the rafflecoper easy for this one too! 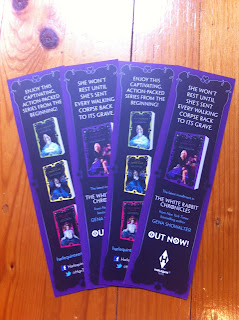 a Rafflecopter giveaway Thanks to HarlequinTEEN for sponsoring this giveaway and to Gena Showalter for writing such an amazing series. If you haven't read these books yet, check them out--you won't be sorry!