Yesterday I posted my review of Resist by Tracey Martin and today the Blog Tour stops by The Rest Is Still Unwritten thanks to Xpresso Book Tours! Today I have giveaway I have to share with you and author Tracey Martin also shares her top 10 fiction couples! 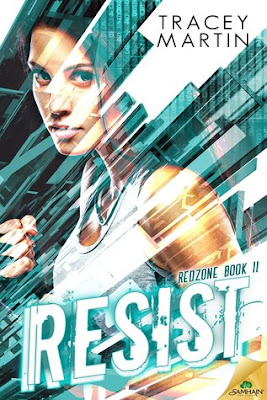 Tracey Martin grew up outside of Philadelphia, the lucky recipient of a drama-free childhood, which is why she spent so much time reading about other people’s lives. It was while she was working on her doctorate in psychology that she had an epiphany–imaginary people are way more fun than real ones. And so she began writing. Never able to choose just one of anything, she currently writes both urban fantasy for adults and contemporary stories for teens. She likes her coffee simple, her music epic, and her movies to contain explosions. A city girl at heart, she doesn’t understand how she and her husband ended up living in New Hampshire, but writing keeps her off the mean, small town streets. You can find her online at tracey-martin.com