Book Shelf: Every Move (Every #3) by Ellie Marney 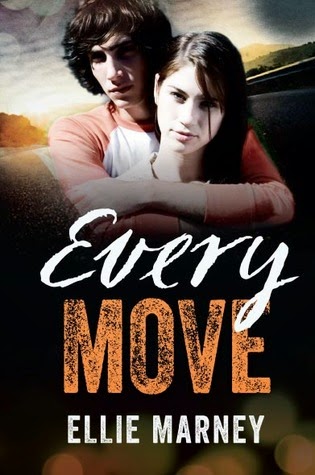 The sequel to Every Breath and Every Word.After the dramatic events of London, a road trip back to her old home in Five Mile sounds good (in theory) to Rachel Watts, with her brother Mike in the driving seat. But when Mike picks up his old buddy – the wildly unreliable Harris Derwent – things start to go south.

Back in Melbourne, Rachel’s ‘partner in crime’, James Mycroft, clashes with Harris, and then a series of murders suggest that the mysterious Mr Wild – Mycroft’s own personal Moriarty – is hot on their tail. When tragedy strikes, Rachel and Mycroft realise they’ll have to recruit Harris and take matters into their own hands…

Every Move is Australian author Ellie Marney's conclusion to her Every trilogy and is a stellar conclusion to what has been an exciting, passionate and highly entertaining series!

Teenage sleuths Rachel Watts and James Mycroft have been to hell and back after their traumatic experience in London that saw them barely escape with their lives. The physical and mental torture they experienced at the hands of their kidnappers has left Rachel traumatized and experiencing painful nightmares that has seen her relationship with Mycroft affected.

In Every Move, Rachel and James find themselves piecing together the clues to discover the real identity of the mysterious Mr. Wild and as their troubles follows them back home to Melbourne and then to Rachel's hometown of Five Mile, Rachel and James must make a final stand against the man who was responsible for James's parents deaths and who won't stop until he silences Rachel and Mycroft for good.....

To be perfectly honest, for a proud Australian like myself I don't really read enough authentic Australian fiction. With so many fantastic stories out there it's hard to read them all and perhaps because of this I don't read enough books by Aussie authors. And yet it's books like Every Move and the rest of Ellie Marney's series that really makes me think I should!

Author Ellie Marney is a perfect example of home grown talent embracing Australian culture and mannerisms and using them to empower a timely classtic with a contemporary urban twist. As part of a series that has expertly woven the classic tale of Sherlock Homes and his adventures with everyday Australian culture and life, Every Word once more draws readers into the lives of Rachel Watts and James Mycroft as our beloved heroes make their final stand.

Both Rachel and James have been through so much and come so far in this series. They've fallen in love over the course of three books as they took their friendship to the next level and have fought to uncover the truth about what happened to James's parents. They're struggled and fought and managed to survive when all seemed lost and it's still an absolute pleasure to follow them each and every time.

I honestly feel Rachel and James encompass the Australian teenager, whilst managing to be the teen sleuths they are. Obviously most normal teens don't go around chasing criminals and solving murders, but for what they do, Marney has managed to make them very relatable and authentic in today's day and age.

With solid writing, believable characters and a passionate love story, Ellie Marney has managed to stay very true to Australian culture as she explored Rachel and James together, both in the city and the Australian countryside. I loved that she made everything feel real and kept things in the realm of believability even as we saw Rachel and James solve crimes, embrace forensics and work alongside a number of different police forces both in Australia and England.

A great editon and ending to what has been a highly entertaining series and one all Aussie teen readers should read, Every Move will take you from one high to another and leave you pleased as punch with how Rachel and James's journey ends!

Source: Sent for review by Allen & Unwin (Thank you Clare!)
Format: Paperback
Buy it: Bookworld | The Nile | Kobo | Booktopia
My Recommendation: Gritty and rich, this series is great Aussie YA fiction and definitely worth reading!
Cover: It's perfect with the first two!
Will I read sequel/continue with series: Sadly this is the last in this series, but I look forward to more from Ellie Marney.....