Today I'm thrilled to share another brilliant excerpt with you as part of Escape Publishing's birthday celebrations! Below is part of Chains of Revenge by Keziah Hill as well as another giveaway :)

Devadas, Prince of Catiscal, waited for death. But death would not take him. Instead, the black wings of oblivion left him alive on the battlefield, allowing his enemies to drag him to the living hell of The Pit.

In The Pit, he was forced to train the warriors of Horvald, once his enemies, now his conquerors. As a battle serf he was expected to have a short and pain-filled life, eventually succumbing to swords and spears after endless days of fighting. Devadas had lasted longer than most amid the dirt and grime of the slave quarters, but the smell of old blood and the despair of the battle serfs hung thick and heavy in the air, clogging his lungs and tormenting his spirit.

He didn’t deliberately beckon death even on days when the rustle of those dusty black wings seemed a blessed relief.  A Prince of Catiscal did not give up. He was alive. So while death continued to taunt him, just staying out of reach, he looked for any opportunity to escape.
The shadows were lengthening when he threw down his sword after a fight with a young trainee. He’d won again, which achieved nothing but another day of life and the grudging admiration of his captors. They wanted him to win. He was useful that way, giving the soon-to-be warriors of Horvald some much-needed experience.

He stood on the edge of The Pit and exhaled forcefully while rotating his head, trying to ease the stiffness in his neck and shoulders. A small, deep cut on his shoulder blade made him hiss with pain. Fuck it. Just my luck to die of infection in this hole.

He filled a bucket of water from the trough and tipped it over himself, shuddering as every cut on his body screamed in agony. More than water was needed to wash away the blood and grime of the last two months of captivity.
Keziah Hill

A flicker of colour in the corner of his eye caught his attention. She stood on the edge of The Pit staring at him. Shaking himself like a dog emerging from a lake, he watched her slow, lazy smile.

Like all the women of Horvald, she was dressed in a long, narrow silk dress which clung to every curve, leaving nothing to the imagination. Her tight-fitting bodice was almost transparent and pushed her breasts up, giving her an eye-popping cleavage. Her long blonde hair hung loose, wavy and wild in the breeze. Even in his exhaustion, Devadas felt the stirrings of desire as, he’d warrant, did every other man in the vicinity. 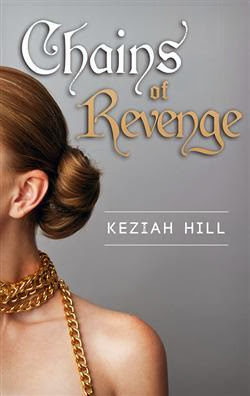 Lissa, Princess of Horvald, loved and lost her slave in chains ten long years ago. Then she was spoiled and selfish, thinking she could bend a warrior of Catiscal to her will. But time and adversity have changed her into a leader, prepared to give herself to the Warlord Death in order to save her people.

Will he accept her sacrifice? Or will his need for revenge blind him to the insidious chains of love wrapping around him - chains even a powerful Warlord can't resist…or can he? 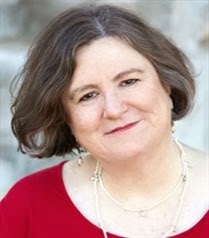 Details:
For your chance to win a Fantasy bundle featuring Chains of Revenge as well as four other fabulous stories, be sure to comment with a way to contact you!
Sharing isn't necessary, but always appreciated :)
Open internationally!
**Friday will be the next post with King Hall author Scarlett Dawn stopping by for a chat!**