Welcome to another brilliant posting in the Happy Birthday Escape Publishing celebrations! Today, Aussie author, Lara Morgan guest posts and talks about the heroine in her latest release, Awakening!

When I was writing Awakening I wanted to create characters made of tough stuff, characters who lived a life of peril but laughed in the face of death, or at least didn’t run away, and fought for what they believed in, be it good or bad. So of course they were going to do things they shouldn’t because where’s the story in a safe life?

All stories need conflict and that comes when characters do things they shouldn’t. Having your characters make mistakes, or do the completely wrong thing not only moves your plot along it also makes them more real; people learn from their mistakes, people grow from their mistakes – or they keep repeating them and get themselves into even more trouble. Make your characters do things they shouldn’t and rejoice in the richness it brings to your story – and the fun you can have trying to get them out of trouble, or deeper in it.

My main female character Shaan lives a life full of conflict. But  if Shaan wanted to live a long, ordinary life cleaning up serpent….shall we say, poo stuff….and serving wine in a whorehouse she would have made all the right choices and done nothing extraordinary. But where’s the fun in that? Of course she had to make some ripper errors of judgement. Also she can’t help herself.
Shaan is independent, stubborn, wilful and sceptical but she is also loyal, passionate and far too willing to put herself at risk to help others; a trait that is ALWAYS getting her into trouble. And trouble in the lands of Saranthium is usually spelt with a capital T.

So what shouldn’t she have done?

1. Well, she shouldn’t have handed the  rider in training a proper sharp sword. Maybe she was blinded by Balkis, the sept leader’s, beauty? Or aggravated by his arrogance? Either is possible. But if she hadn’t done that, Balkis might not have remembered her and things wouldn’t have gotten…complicated.

2. She probably shouldn’t have drunk quite some much of that really bad wine in the serpent rider’s tavern. Then Balkis wouldn’t have had to….well I can’t reveal that, spoilers!

3. And she really should have walked away when she saw that young woman being held against the wall with a knife at her throat. If she’d done that she would never have met the man who revealed what the serpent told her – and who she might really be.

4. She shouldn’t have listened at the window. Really she shouldn’t have. What was she thinking? That she wouldn’t get caught? It’s like she doesn’t know me (her creator) at all. I HAD to do something about it.

5. She shouldn’t have thought she could defy a god or turn a serpent to her will.

But that’s Shaan, she’s not the ‘shouldn’t do’ type. She’s the, ‘don’t tell me not to I’ll do what I think is needed’ type. She’s the kind of person you want on your side in a tight spot, the kind of
person who chooses to struggle up the damn hill in a mudslide and get to the top if it kills her. And she’s the kind of person who will fight for the people she loves even when she knows there’s a chance it will cost her life. Shaan is a survivor and it’s the things she shouldn’t have done, which may turn out to be the saving of Saranthium. 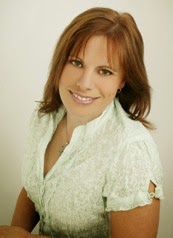 Lara Morgan writes for both adults and teens and is the author of The Twins of Saranthium series and The Rosie Black Chronicles.

She lives in a coastal town in Western Australia called Geraldton which is a long way from most places and too close to others.

Her mission is to rid the world of tea, one cup at a time. This is going quite well. 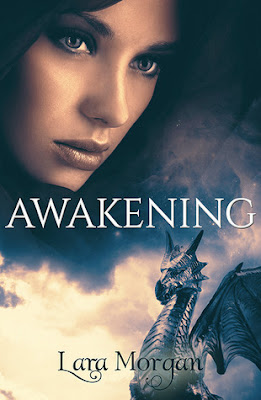 High fantasy and romance mix with adventure and magic in the first of Lara Morgan’s Twins of Saranthium series.
For two thousand years, the serpents of Salmut and their riders have kept the people of Saranthium safe — but the pact between human and serpent is failing. Rogue serpents are attacking villages, and rumours abound that the banished god of the serpents, Azoth, has returned to resurrect his empire of slavery.

Orphan, thief and survivor Shaan works in the serpent yards of Salmut and wakes from dreams of blood and death. The surprising discovery that she can speak with Nuathin, the oldest serpent of the yards, brings her to the attention of sept leader, Balkis. Handsome, arrogant and seductive, Balkis is also a man with powerful and dangerous alliances and Shaan becomes the target of the city’s most feared arms men: The Faithful.

Meanwhile in the deserts, a young man named Tallis defends his clan against rogue serpents, driving them off with supernatural force. When he faces becoming an outcast because of his power, the truth of his birth is revealed and he embarks on a journey to understand the strength locked within his mind.

Drawn together, Shaan and Tallis become ensnared in the resurrection of an ancient conflict, but on whose side will they stand — that of the serpents or the people?

Details:
For your chance to win a Fantasy bundle featuring Lara Morgan's Awakening as well as four other fabulous stories, be sure to comment with a way to contact you!
Sharing isn't necessary, but always appreciated :)
Open internationally!
**Pop back in on Tuesday when I'll be chatting with A Missing Peace author Beth Fred!**