Book Blitz: The Witchling Apprentice by B. Kristin McMichael

The Book Blitz for The Witchling Apprentice by B. Kristin McMichael is on The Rest Is Still Unwritten today with an excerpt and tour wide giveaway for you to check out and enjoy :) 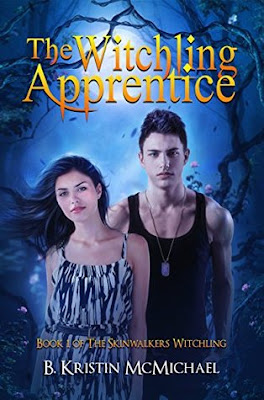 Witches, potions, and magical spells—that all made sense, but men turning into animal-like monsters in the middle of the night? That had to be fiction, right? Wrong. Cassandra Booth thought her world of witches would be complete when she joined her coven.

Fate didn’t plan to let that be the case for her. Joining the coven brings new knowledge, like mates and men as animals, all things Cassie would rather not know. As her plans unravel she must find a way to join the coven without committing her life to a guy she once was friends with and now hates.

From The Witchling Apprentice......

Cassandra Booth tried to ignore the clock as it clicked away from above the desk beside her. It was nerve-wracking enough knowing that if you wanted to take the test to be an apprentice witch you had to do it in front of at least fifty people. However, the clock reminding her it was just about to start was driving her nuts.

Cassie tried to go over each step of the potion she was making in her head. She needed to concentrate and ignore the noises around her as the room began to fill up with high schoolers.

The sound was lost in the now-growing sound of students talking. Unfortunately, that wasn’t any better. She glanced up at the room in front of her. Mistake. It was almost half-full of people. No one was looking directly at her, but that didn’t make it any easier. Cassie was anxious enough sitting in the lecture area alone, on display, but now there were students who would be watching and talking about her.

Cassie kept her eyes locked on the table and all her supplies. Taking inventory was easy. Doing the actual potion and saying the spell correctly was supposed to be the hard part. No one in her high school, let alone grade, was even attempting to make the protection spell that had been assigned to her and which would move her from witchling up to the level of junior apprentice. Most people were shocked when she’d asked. It had been many years since a high school student had apprenticed, but that wasn’t going to stop Cassie. She was ready to get out of her boring classes. She was ready to join everyone in obtaining the great knowledge that came with being a full-time member of the coven. Cassie was ready to belong. 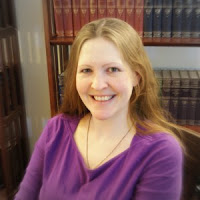 Originally from Wisconsin, B. Kristin currently resides in Ohio with her husband, three small children, and three cats. When not doing the mom thing of chasing kids, baking cookies, and playing outside, she is using her PhD in biology as a scientist. In her free time she is currently hard at work on multiple novels. Every day is a new writing adventure. She is a fan of all YA/NA fantasy and science fiction.