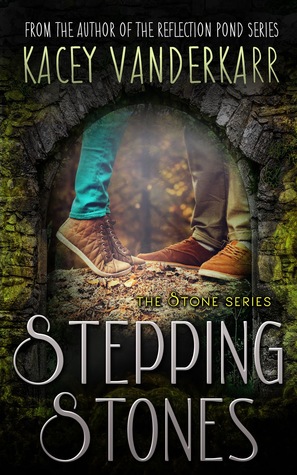 Later that day, Onna plucked her phone off the bed and cradled it in her hands. She’d never considered how much of her life revolved around the tiny piece of plastic and metal.

Her father left, off to the funeral home to pick out a casket. She tried to go with him, but he refused to the point of yelling, so she let it go. She couldn’t imagine walking between the caskets, trailing her fingers over shiny silver and brushed brass, trying to find a perfect fit for Caleb. Would he want mahogany and gold? Lacquered black with silver accents? What about the interior, the satin where his skin would rest forever? White? Ivory? Open or closed? Maybe he wanted to be cremated.

Unlocking her phone, she pressed the number three, waiting while speed dial connected. Her hand shook when she lifted the phone. It went straight to voicemail.

She waited patiently for the beep. “It’s me,” she started, words hardly a whisper. “I—” she broke off, trying to arrange her thoughts into something that made sense. “I just…miss you.” She hung up and dialed again. One day, she knew a stranger would answer.

Biting her lip to ward off tears, she sat on the bed and pulled her knees up to her chest, trying to think of what Caleb would tell her to do. Life is for the living, Leelee, he’d say, or, I love you little sister, but it’s time to let me go. Or maybe, just think of how small my carbon footprint is, hardly a blip!

She smiled a little. That was exactly how Caleb thought.

Onna pushed a few buttons on her phone, stalling, knowing she would regret whatever came next. Then she dialed her mother’s number. It didn’t ring. Dead, crackling air, filled her ear and then a stranger’s voice, the one she feared from Caleb’s number, told her the number she was trying to reach was no longer in service. She disconnected, clutching the phone until her knuckles turned white.

A hot ache swelled in her belly, arcing upward to her throat. Onna pressed her mouth against the bony curve of her knee to stifle the screams, so hard that she drew blood, but the sounds kept coming, over and over, until her throat was raw. She was glad her father wasn’t home to hear it, that Hunter hadn’t seen her break down. She was on her own in this, determined not to let her dad see how devastated she felt. Someone had to take care of him.

Her hand vibrated, and she looked down, surprised to see her cell still clutched there. Everett’s name flashed on the screen, though Onna knew she hadn’t added his number. He must’ve done it sometime the day before.

E: Do you want me to come back?

She stared at the words, remembering how he knew where she lived, and how he told her his mother was dead. She should say no. Everett was a stranger, but twice now, he’d seen her cry. He bandaged her wounds and watched over her while she slept. His hands helped pull Cora from the burning car.

He’d helped her, but he’d also held her down. Maybe she couldn’t save Caleb, but she could’ve died trying.

Still, Onna couldn’t deny the bit of the warmth Everett created inside of her when everything else was frozen.

She sniffed and wiped away a tear. Maybe a stranger was exactly what she needed. She hit reply. 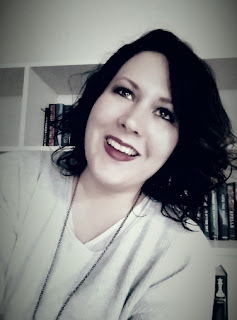 KACEY VANDERKARR has a penchant for fantasy and frequently listens to the voices in her head—most of whom are teenagers. Her favorite place to write is an old salon chair in her kitchen, with coffee in one hand and adoring cats sprawled across her arms. She prefers her music loud and her skeptics quiet. When she’s not writing, Kacey coaches winterguard, works as a sonographer, and hangs out with other weirdos like her at the Flint Area Writer’s club. In addition to her novels, The Reflection Pond Series, Antithesis, and The Stone Series, Kacey’s short fiction is featured in Sucker Literary Vol III, Ember: A Journal of Luminous Things, and Out of the Green: Tales from Fairyland.

Congrats on your latest release Kacey! I'm sure tones of people are going to adore it and urge you all to check it our!