Today marks the Book Blitz for Chameleon by Kenya Wright and I'm super excited to share it with you beaucse even though I'm yet to read this book I'm looking forward too. I mean, seriously, that cover is amazing! 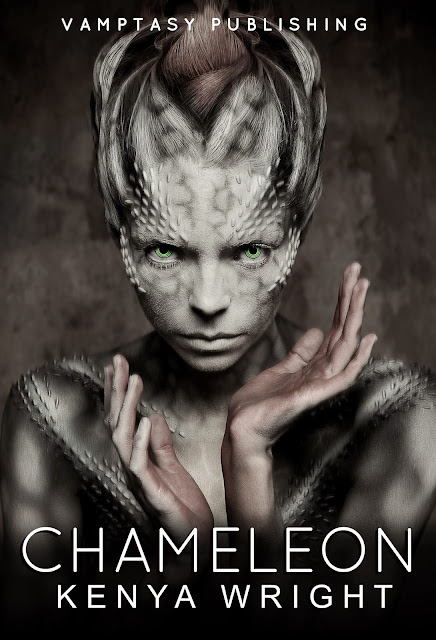 Cameo lives in a caged supernatural city where all species are tagged at birth with silver brands embedded in their foreheads. Her X brand identifies her as a Mixbreed, but she’s so much more. Like a chameleon, she can shift from one person’s image to another.

It’s a great way to make money for a habitat street kid, or Cage Punk as most people call them. Wiz, her street partner-in-crime, finds her jobs to use her abilities. Some jobs entail changing into people to take academic tests. Others require more skill and involve higher risk.

When Wiz asks Cameo to stand in for a Were-wolf teenager who doesn't want to go to her debutante ball, it seems like just another job, until a corpse is discovered and an old friend of Wiz appears. 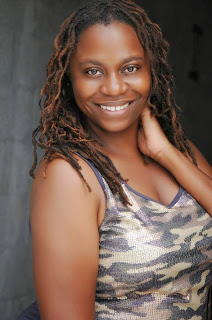 Kenya Wright always knew she would be famous since the ripe old age of six when she sang the Michael Jackson thriller song in her bathroom mirror. She has tried her hand at many things from enlisting in the Navy for six years as a Persian-Farsi linguist to being a nude model at an art university.

However, writing has been the only constant love in her life. Will she succeed? Of course. For she has been coined The Urban Fantasy Queen, the Super Iconic Writer of this Age, The Lyrical Genius of Our Generation. Granted, these are all terms coined by her, within the private walls of her bathroom as she still sings the Michael Jackson thriller song.