Book Shelf: Between Frost and Fury (The Xenith Trilogy #2) by Chani Lynn Feener 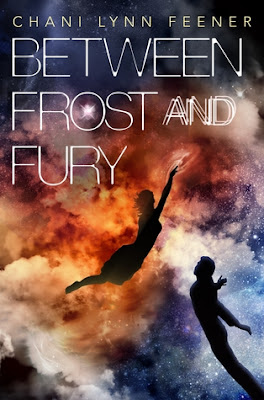 Delaney has been kidnapped by aliens. Again. After only a month back on Earth with her hotnew alien boyfriend Ruckus, the deadly and devastatingly handsome prince Trystan has dragged her right back to his planet.

While some girls may dream of winning a prince’s heart, Delaney just wishes this one would leave her alone. Instead, she finds herself at the center of both a tense political battle between two alien kingdoms and Trystan’s romantic attentions, both of which are absolutely ruining the life she’s built on Earth. Not to mention the fact that she’s about to be crowned queen of a planet she’s barely even visited. Just another day in life of an ordinary human girl.


Between Frost and Fury is the second novel in The Xenith Trilogy by Chani Lynn Feener and is an exhilarating and enjoyable sci-fi tale that takes readers back into an intriguing and appealing intergalactic world full of colourful characters.

Delaney Grace was only back on Earth with her new boyfriend Ruckus for one month before she was kidnapped by aliens; again. Now she is being held prisoner by the devastatingly handsome and determined alien prince Trystan who wants to use Delaney to enter into a peace treaty with his people’s enemies…..through holy matrimony. Trystan is sure the best way to unite the Kint and Vakar people is through a marriage and seeing as Delaney was technically the person he was bound to when she was impersonating the Vakar heir, Trystan is determined to make Delaney follow through with her promise. Stuck in the middle of a political battle between two kingdoms, Delaney must navigate Trystan’s romantic attentions as well as find a way to get back home to earth before she is named queen of a planet she desperately wants to escape. Yet as it becomes clear that Trystan’s plan isn't the biggest danger out there, will Delaney's loyalties change or will she continue to only be a pawn in someone else's game?

Heading into Between Frost and Fury I was somewhat perplexed. I immensely enjoyed the first novel, Amid Stars and Darkness, and given it’s shocking cliff-hanger ending was eager to see what Chani Lyn Feener did next, but I was also worried. Not over the quality of writing or the excitement I was sure was to come with the storyline. I was worried about a potential love triangle. I’ve probably said this before, but one of my biggest pet peeves is the dreaded love triangle and I was afraid that this would become an issue within this story. Something that eventually came to pass….but boy if I don’t like the way in which Chani Lyn Feener writes this particular love triangle. If there’s one thing I hate more than love triangles it’s love triangles where I genuinely love both love interests. And this is what Feener has done with Between Frost and Fury!

I very much enjoyed the relationship between Delaney and Ruckus in the first novel, but oh how my heart bleeds for Trystan in this instalment. It’s very rare that I switch teams after making my choice, but in this instance I may have to make an exception as there’s just something so captivating about Trystan. The depth and nuances Chani Lyn Feener explores and introduces within him in Between Frost and Fury truly make me adore the guy even if I can see why he continues to frustrate and enrage Delaney. I do feel like he deserves happiness so I'll be keen to see if he's the one to get the girl.

Chani Lyn Feener has a likeable protagonist in Delaney who is sarcastic and fiery in all the right ways. She's sharp and quick on her feet and I've enjoyed following her throughout the trilogy so far although I do admit I very much appreciated the chapters and glimpses through Trystan's eyes in this instalment. This made it much easier to see where he was coming from and what he was feeling while still being able to stand with Delaney as she navigated the circumstances she found herself in.

Between Frost and Fury builds to another climactic ending which sees Delaney come to some unwanted truths about her feelings and leaves the characters in a situation where they'll need to all come together to defeat a massive threat. Chani Lyn Feener leaves me dying for the third and final instalment, once again eager to see what will happen next with this thrilling trilogy.