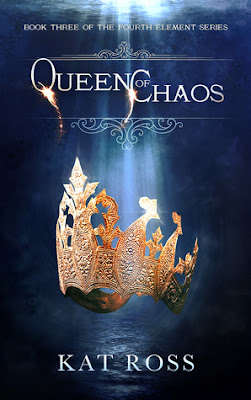 As the dark forces of the Undead sweep across what remains of the empire, Nazafareen must obey the summons of a demon queen to save Darius's father, Victor. Burdened with a power she doesn't understand and can barely control, Nazafareen embarks on a perilous journey through the shadowlands to the House-Behind-the-Veil. But what awaits her there is worse than she ever imagined…

A thousand leagues away, Tijah leads a group of children on a desperate mission to rescue the prisoners at Gorgon-e Gaz, the stronghold where the oldest daēvas are kept. To get there, they must cross the Great Salt Plain, a parched ruin occupied by the armies of the night. A chance encounter adds a ghost from the past to their number. But will they arrive in time to avert a massacre?

And in the House-Behind-the-Veil, Balthazar and the Prophet Zarathustra discover that they have more in common than meets the eye. But is it enough to redeem the necromancer's bloodstained soul and thwart his mistress's plans?

As a final showdown looms with Queen Neblis, the truth of the daēvas' origins is revealed and three worlds collide in this thrilling conclusion to the Fourth Element series.

Queen of Chaos marks the thrilling end to the Fourth Element trilogy by Kat Ross featuring Nazafareen and Darius; a starkly exciting and passionate fantasy series that has been an incredible adventure from beginning to end, with all the action, romance and daring danger you could possibly want!

After the conclusion of the last novel, an army of Undead warriors sweep across the land, while Alexander and his Persian army march towards Balicia. Nazafareen, Darius and a few of their allies race into the shadowlands in an effort to find Neblis and rescue Darius’s father Victor. Stopping Nablis is an impossible task as her demons and necromancers continue to lay siege to the innocents they encounter. As Nazafareen faces untold horrors and traps along the way, Tijah leads a group of daēva children on a desperate mission to rescue the prisoners of Gorgon-e Gaz—the prison where the oldest and strongest of the daēvas’s are held. Both missions seem unconceivable, but with the final showdown against Neblis looming, Nazafareen and those she loves must do the impossible as the truth about the daēva's  origins are discovered and the end looms near…..

One of the best fantasy series I’ve read in a long time, the Fourth Element has been an incredible reading experience and doesn’t disappoint readers with its exhilarating ending! Kat Ross continues her detailed, expressive and tangable writing and world building to tell Nazafareen’s final chapter. Secrets are revealed and surprises change the course of the story with Ross keeping her readers on their toes all the way to the end.

Unlike the other novels that were told through the eyes of primarily Nazafareen, Queen of Chaos unfolds through Nazafareen, Tijah, Lysandros and occasionally Balthasar’s POV’s. Considering that all of the characters are at different places and are not often together, this allows for a very well rounded view of what is happening across the land as everyone embarks on different missions or fights against Neblis.

I really have loved reading this series and have fallen in love with all the characters. Obviously Nazafareen and Darius have been strong fixtures, but in this instalment, I have come to care very deeply for Tijah, Lysandros and oddly enough Balthasar. Tijah is such a strong young woman and with her new connection to a daēva that shall not be named for the fear of spoilers, I just know there’s a whole range of options out there for them and potential storylines. While Lysandros continues to entertain with his cheeky nature, Balthasar, who started out as a villain and who grew so much in Queen of Chaos is on the path to redemption continued to intrigue me and has me excited that he can turn all the terrible things he's done around.

As someone who has really adored reading each book in this incredible series, I was so very sorry to know it was coming to an end, so Kat Ross absolutely made my day by indicating at the end of this novel that she still has plans to explore the series and world further. Whether it’s a spin–off series focusing around Tijah and a few of the other characters or a strict 4th book in The Fourth Element series, I for one will be doing cartwheels when the book comes out.

Fast paced, exciting and so brilliantly told, Queen of Chaos features an unexpected ending that leaves me ready for more of some of the minor characters and anticipating whatever Kat Ross does next!