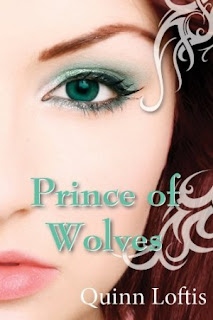 Jaque Pierce was just an ordinary 17 year old girl getting ready to start her senior year in high school in Coldspring, Texas. When a mysterious foreign exchange student from Romania moves in across the street, Jacque and her two best friends, Sally and Jen, don't realize the last two weeks of their summer was going to get a lot more interesting. From the moment Jacque sets eyes on Fane she feels an instant connection, a pull like a moth to a flame. Little does she know that the flame she is drawn to is actually a Canis Lupus, werewolf, and she just happens to be his mate; the other half of his soul. The problem is Fane is not the only wolf in Coldspring, Texas. Just as Fane and Jacque are getting to know each other, another wolf steps out to try and claim Jacque as his mate. Fane will now have to fight for the right to complete the mating bond, something that is his right by birth but is being denied him by a crazed Alpha. Will the love Fane has for Jacque be enough to give him the strength to defeat his enemy, will Jacque accept that she is Fane's mate and complete the bond between them?

Prince of Wolves is a sweet, romantic tale full of passionate love and unexpected danger.

I admit, at first I found it difficult to get into this story. It took me a while to get associated with the writing style and the main characters as well as some of the background information; there’s a lot of it in the beginning as you learn about the Grey Wolves, but once I got about 10 chapters in and passed all this then I began to enjoy it. There were still times when things lagged to me, but for the most part this story kept my attention and proved to be an enjoyable read. It’s something that you can relax and sink your teeth into as you read Jacque and Fane’s tale.

I liked Jacque as a heroine. She was feisty and I felt she questioned things (including her own sanity) in a reasonable manner, even though she couldn’t fight the pull she felt towards Fane. As the story progressed she began to learn about Fane and the connection they shared I liked her even more. I thought her wit was perfect and she handled the revelations about her life and her future very well for someone in her situation. Learning of her mate and then facing the possibility of losing him was hard on her, but she dealt it in a believable way; with a healthy amount of fear, yet natural understanding.

Of course I liked Fane....how could I not? He’s your typical alpha male lead. A Romanian werewolf prince. How sexy. I found his possessiveness somewhat endearing and I liked seeing him interacted with Jacque. It was cute when her thoughts wandered and he got jealous—such a cutie. Their banter and interactions, especially in their thoughts were fun to read about and I liked every moment they shared.
The friendship Jacque, Sally and Jen share in this story is wonderful; they’re fantastic friends. They were all so perfectly in sync with one another and I feel like the author wrote their friendship into the book so well. Jen specifically continually cracked me up. Her mind tended to wander in directions I’d expect mine to go to and I loved that she appeared to have no filter—made things so much fun and funny at times.

One thing I thought was wonderful about this story was that although Fane and Jacque were mates and are meant for one another, they’re not “together” straight away. There’s no constant touching or kissing or anything like that. They’re both attracted to one another; Fane’s wolf goes nuts over Jacque and Fane makes Jacque all nervous, but they’re not all over one another from the get go. The desire is there, but their physical relationship doesn’t begin until about half way into the book. after which there’s plenty of kissing and touching to keep me entertained. I will say that their being in love comes on very fast that at first I didn’t completely buy it. However, due to the nature of the story I was able to overlook it and then towards the end of the book I didn’t care about that at all. They were too sweet and passionate about one another to irk me in this manner.

For the most part I enjoyed the storyline, although there didn’t seem to be a real purpose to it. It all centred on Fane finding his mate and while I appreciated it, I would have liked a bit more substance. Also, I didn’t really understand Lucas’s deal. He didn’t know Jacque, he’d never spoken to her and wasn’t a part of her life, so what were his reasons for wanting her? When had he decided to claim her? And what made him do so? Did he see her on the street and want her or had he passed by her house and been captivated by her....what? It just didn’t make sense to me and I would have liked the author to elaborate on Lucas’s reasoning’s and motivations a bit more.

Still, all in all this is a fantastic little tale. It’s a great tale if you wanna sit back and read something not too light, not too heavy. The ending ends well; but not without some intensity and, “OMG, what’s going to happen?” nail biting moments and I for one and looking forward to reading the next book, Blood Rites.

Source: Sent for review by the author. (Thank-you very much!)
Format: Kindle ebook.
Recommend: Fans of quick, easy read will love this
Recommend borrow or buy: Buy it.
Cover: I do actually really like the cover. It's stunning in fact, the colouring and the half face is perfect.
Read sequel/continue with series: Yes.....
Buy it here: From Amazon.