Guest Post: Secrets of the Priestess by Alayna Williams 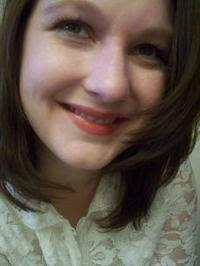 I use Tarot cards a good deal in my writing, to give me ideas about creating characters and develop plot points. Sometimes, I pick cards on purpose that catch my eye, but more often, I deal them out at random. I let my imagination roam over the pictures to generate situations and connections.

One of the cards I used frequently in writing the ORACLE books is the Priestess. The Priestess sits on a throne, surrounded my the moon and shrouded in white robes. The black and white pillars to her right and left hands represent good (mercy) and evil (severity). She's about goddesses, mystery, intuition, and the subtle power of the moon.

In my stories, the Priestess represents a secret order of women, Delphi's Daughters. They are the descendents of the Oracle of Delphi. The title of Pythia, the leader of the oracles, is handed down through generations of women, all oracles with their own unique talent for foreseeing the future. Delphi’s Daughters are a secret organization, nudging world events and gathering information through vast networks of helpers. Their behavior is sometimes sinister, sometimes pure, but always secretive. No one but the Pythia herself knows how the puzzle of world events fits together, and her priestesses are often left in the dark, guessing at her motives.

Tara Sheridan, estranged from Delphi's Daughters, uses Tarot cards to solve crimes. Her relationship with the Pythia is contentious. She often feels the Pythia's hand in her cases, interfering, moving people around like chess pieces. Whenever Tara draws the Priestess card, I wanted her to see both the light and shadow sides of the card.

Interpreted in the upright position, the Priestess is the card of secret, supernatural power. She represents all the psychic talents Delphi's Daughters: cartomancy, astrology, pyromancy, geomancy...she is mistress of all the hidden arts. Used for light, as represented by the white pillar, they can be a force for immense good in the world. The Priestess can reveal secrets by the moon's light and teach magic to the initiated.

But the Priestess can also be a force for evil, twisted by her own power and shadows. Reversed, the Priestess represents keeping secrets and abusing power. She can lean too close to the black pillar of severity, becoming ruthless. She can forget the compassion of her intuitive teachings, amassing power for its own sake.

Tara questions these things about Delphi's Daughters. She sees that they are a force for good, sheltering the weak and seeming to work toward mankind greater good. But she also sees their shadow side...the ruthlessness, the ends justifying the means. She knows the brutal tests that Oracles must endure, has seen the Pythia kill in a cold, calculating fashion.

Not only will Tara need to fight to solve her current case - a killer who's selling nuclear secrets on the international black market - but she will also need to look over her shoulder. The Priestess can be her greatest ally or most devious enemy, putting Tara and those she loves in harm's way, seeking to sacrifice them all in the service of a larger goal. 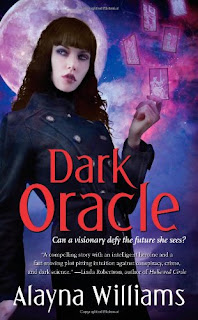 DARK ORACLE is a scientific, paranormal read that takes readers on a wild chase. A subtle romance lends to the entertainment this read offers. Tara is a strong female who has many stories till waiting to be told. An interesting new series that is not quite like anything else! (4 stars)
-RT Book Reviews


Can an oracle change the future she sees?

Tara Sheridan swore off criminal profiling years ago. By combining Tarot card divination with her own intuition, she narrowly escaped the grasp of a serial killer who left her scarred for life. She put down her cards and withdrew from work and society. Now, Sophia, a member of an ancient secret society connected to the mythic Delphic Oracle, asks Tara to find a missing scientist who has unlocked the destructive secrets of dark energy. Tara resists— she fears reawakening her long-buried talents and blames Sophia’s Daughters of Delphi for the death of her mother. But, grudgingly, she agrees to search for the missing scientist, Lowell Magnusson.

Tara travels to Las Alamos National Laboratory, the location of Magnusson’s disappearance. She meets the serious, impatient, and highly attractive Agent Harry Li— and re-encounters her old partner, Richard Corvus. Corvus is now chief of the Special Projects Division, a position Tera might have held, had she not dropped out of investigative work. Corvus considers Tara mentally imbalanced and not to be trusted— but it may be Corvus who is untrustworthy.

Tara’s investigation and Tarot cards tell her Magnusson’s daughter, Cassie, may hold the key to her father’s plans, and that they both are in grave danger. Meanwhile, Corvus and the Daughters of Delphi have their own plans...and the fate of the world hangs in the balance. 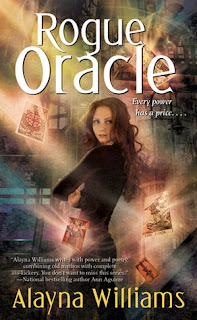 The more you know about the future, the more there may be to fear.

Tara Sheridan is the best criminal profiler around - and the most unconventional. Trained as a forensic psychologist, Tara also specializes in Tarot card reading. But she doesn't need her divination skills to realize that the new assignment from her friend and sometime lover, Agent Harry Li, is a dangerous proposition in every way.

Former Cold War operatives, all linked to a top-secret operation tracking the disposal of nuclear weapons in Russia, are disappearing. There are no bodies, and no clues to their whereabouts. Harry suspects a conspiracy to sell arms to the highest bidder. The cards - and Tara's increasingly ominous dreams - suggest something darker. Even as Tara sorts through her feelings for Harry and her fractured relationships with the mysterious order known as Delphi's Daughters, a killer is growing more ruthless by the day. And a nightmare that began decades ago in Chernobyl will reach a terrifying endgame that not even Tara could have foreseen…

ROGUE ORACLE is available at Amazon.com and Barnes & Noble.


Alayna Williams has an MA in sociology-criminology (research interests: fear of crime and victimology) and a BA in criminology. She has worked in and around criminal justice since 1997. Although she does read Tarot cards, she's never used them in criminal profiling or to locate lost scientists. She recently took up astronomy, but for the most part her primary role in studying constellations and dark matter is to follow her amateur astronomer-husband around central Ohio toting the telescope tripod and various lenses. Like the Pythia in Dark Oracle, she's been known to belly dance. Unlike the Pythia she'd never consider herself a professional
Writing as Laura Bickle, she's the author of EMBERS and SPARKS for Pocket - Juno Books. Writing as Alayna Williams, she's the author of DARK ORACLE and ROGUE ORACLE.

More info on her urban fantasy and general nerdiness is here:
http://www.salamanderstales.com/


This post if thanks to Alayna Williams and Bewitching Book Tours 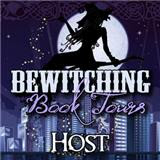