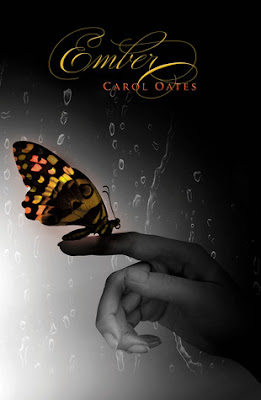 When Candra Ember wakes up in hospital after a dangerous encounter with a red-haired woman, she is shocked to discover that seeing a winged boy wasn’t her imagination. Candra is exposed to a world of rivalry and sacrifice she never knew existed, and the aftermath of a war to save humanity thousands of years ago. Soon she finds herself relentlessly stalked by Sebastian, a beautiful and arrogant Watcher Angel and romantically pursued by his darkly seductive rival, Draven. Ultimately, dubious about her own goodness, Candra’s very existence compromises a tentative peace in the city of Acheron.


Thoughts:
There's something so mesmirsiing about this cover. I remember the first time I saw it--I could not stop stairing. It was so simple and so beautiful at the same time.
Posted by Rachel at 6:18 PM