Welcome to the Nectar of the Gods by Mary Bernsen blitz thanks to Xpresso Book Tours. I hope you all enjoy the excerpt and giveaway I have to share today! 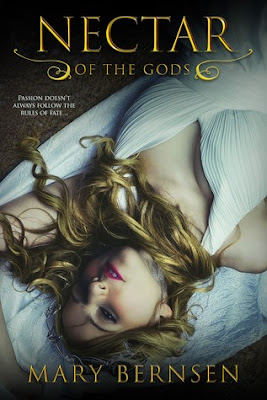 Ambrosia has spent her life preparing for the day she would avenge her mother’s death. Working undercover as a prostitute, she draws in the man who took her mother’s life. Not realizing who Ambrosia is, the man admits to her that her mother is actually still alive—and he’s on a quest to finish what he started twenty-three years ago. Desperate to find the mother she’s never met, Ambrosia convinces him to let her help. It’s a partnership of necessity and founded in deception, but Ambrosia is faced with an uncomfortable truth: this man is not the monster she has always envisioned him to be. Worse yet, she finds herself drawn to him…craving his touch. How can she reconcile these intense feelings for the man who shattered her life?

The first novel in the exciting new Beyond the Gods series, Nectar of the Gods is a fantasy romance steeped in Greek Mythology and full of passion that will leave you breathless. 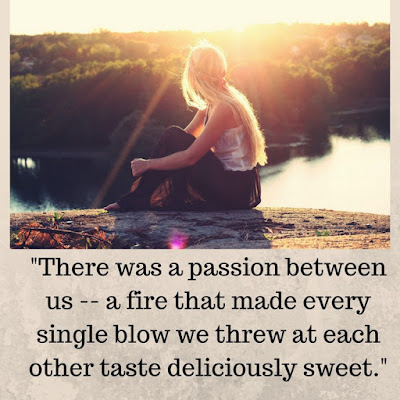 “What in Hades is wrong with you?” I hissed, trying to keep my voice down.

“You,” he growled. “Tramping around with my brother alone at night!”

“Why should anything I do with your brother concern you?”

I managed to pull my arm away, but he pivoted on his heels and came at me with wild, dangerous eyes. I retreated to a corner, and he pinned me in. With one arm on each side of my head, he leaned in and pressed himself against me.

“For the love of Zeus, Ambrosia. Don't you see what you do to me? I can't handle the thought of you with anyone least of all that spoiled sniveling excuse for a demigod.”

His words came out as desperate pleas. I fought hard against them, but I couldn't ignore the fire they lit in my heart. How did it come to this? He was supposed to have met the sharp side of my blade by now. Everything had spun horribly, horribly off path, and it was too late to regain control.

My heart thumped so strongly it caused a pain in my chest. His breathing was so chaotic and unbridled it was all I could focus on. His lips hovered over mine, and I wanted to reach up to bring them to mine, but I didn't dare.

He smiled the same forbidding smile he had shown me the night we first met. I melted in place, my knees nearly giving out at the sight of it. I had never seen a man as tempting as the one here in front of me.

“He can't have you, Ambrosia. You are mine.” He lowered his lips down onto mine, forcing me to breathe in his groans.

Any small restraint I had left was gone. My body trembled under his hands. I tried to gasp when he finally pulled away, but the air caught in my throat as his mouth trailed it with rough, lingering kisses. 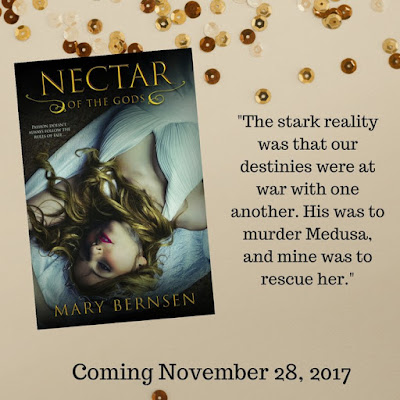 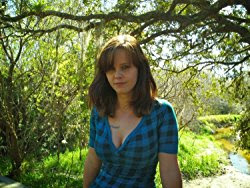 Mary Bernsen is a southwest Florida native currently living in North Port with her two beautiful children and a third, much larger child that she affectionately calls husband. She is the Amazon Best Selling Author of Healing The Bayou, The Ganga Shift, and Beyond the Gods series.