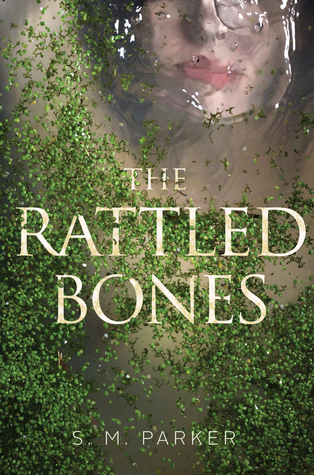 The Rattled Bonesby S.M. Parker
Releases on: August 22nd 2017
Add on Goodreads!
Unearthing years of buried secrets, Rilla Brae is haunted by ghostly visions tied to the tainted history of a mysterious island in this haunting novel from the author of The Girl Who Fell.

Maine-bred, independent Rilla Brae is no stranger to the deep. She knows the rhythms of hard work and harder seas. But when she experiences the sudden death of her father, the veil between the living and the dead blurs and she begins to be haunted by a girl on a nearby, uninhabited island. The girl floats a song over the waves, and it is as beautiful as it is terrifying. Familiar and distant.

Then Rilla meets Sam, a University of Southern Maine archeology student tasked with excavating the very island where the ghostly girl has appeared. Sam sifts the earth looking for the cultural remains of an island people who were forcibly evicted by the state nearly a hundred years ago. Sam tells Rilla the island has a history no locals talk about—if they know about it at all—due to the shame the events brought to the working waterfront community. All Rilla knows for sure is that the island has always been there—an eerie presence anchored in the stormy sea. Now Sam’s work and the ghostly girl’s song lure Rilla to the island’s shores.

As Rilla helps Sam to unearth the island’s many secrets, Rilla’s visions grow—until the two discover a tragedy kept silent for years. And it’s a tragedy that has everything to do with Rilla’s past.
Thoughts:
Oooooh. This looks like it could be a very creepy ghostly tale, something I tend to very much enjoy. Thought in some possible romance and I'm looking forward to this one coming out.
What do you think of The Rattled Bones? Is it something you would read?
And what are you waiting on this week?