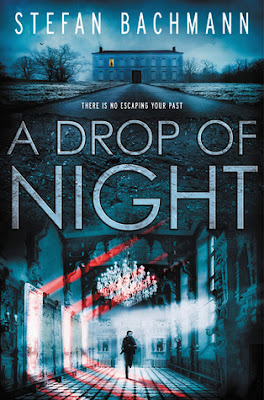 A Drop of Night by Stefan Bachmann
Releases on: March 15th 2016
Add on Goodreads!
Five gifted teenagers are selected out of hundreds of other candidates to fly to France and help with the excavation of a vast, underground palace buried a hundred feet below the suburbs of Paris. Built in the 1780's to hide an aristocratic family and a mad duke during the French Revolution, the palace was sealed after the aristocrats fled there. No one has set foot in it for over two centuries.

Now, in the present day, the teenagers enter with cutting-edge technology, state-of-the-art security, scientists and chaperones. And then a brutal accident occurs. No way out. Caught in the dark.

They will have to fight to survive. But are they really alone in the depths?
Thoughts:
What can I say? I'm a sucker for any kind of novel that features gifted teens. For some reason it's a premise that never fails to call to me and A Drop of Night is no exception to this rule! Whether it's a supernatural gift, or a gift of wit, intelligence or physicality I'm interested and A Drop of Night sounds like to might be a really interesting read. Can't wait to check it out upon release!
What do YOU think of A Drop of Night? Is it something you would read?
And what are you waiting on this week?