Book Blast: A is for Abstinence by Kelly Oram-Excerpt & Giveaway

Today I'm super, super excited to be participating in the Book Blast for A is for Abstinence by Kelly Oram, the second book in V is for Virgin series thanks to I Am A Reader, Not A Writer! I ADORED V is for Virgin and was beyond ecstatic when Kelly decided to write a sequel in Kyle's POV--personally I'm dying to read it!

Be sure to check out the amazing excerpt from A is for Abstinence as well as the tour wide giveaway :) 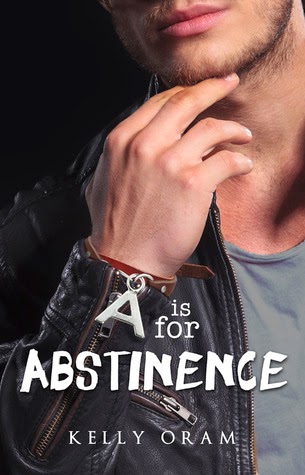 Six-time Grammy Award-winning musician Kyle Hamilton has it all—money, fame, talent, good looks, and a job he loves. His only regret in life: walking away from a certain notorious virgin because he was too prideful, stubborn, and even afraid to give her the only thing she asked of him—his abstinence.

Four years and a broken heart later, Kyle realizes that sex isn’t everything, and he suddenly can’t stop thinking about the girl that got away. Virgin Val Jensen got under his skin like no one else ever has. He wasn’t ready for her then, but things are different now. He’s grown up, he’s learned a few things, and he’s finally figured out exactly what he wants, or, rather, who he wants.

Kyle Hamilton wants a do-over, and this time he’s willing to do—or not do—whatever it takes.

I’d never seen Val so upset before. I’d flustered her on a regular basis back in the day. I’d always pushed her to her limits on purpose, trying to get her strong façade to crack and she never once had. She was the strongest person I’d ever met. It said something about her emotional state of mind that she’d asked for a few moments to collect herself before having to do the signing with me.

I knew she probably wanted these few minutes alone, but I couldn’t pull myself away. I couldn’t leave her like this. I cleared my throat to gain her attention, and she jumped at the intrusion. She whirled around, hastily wiping away a tear or two as she forced her emotions down and reverted back into the calm, controlled woman I’d seen onstage.

She opened her mouth as if to explain herself but shut it again, realizing that there was no hiding what I’d just witnessed. Instead she decided to ignore it. “Kyle Hamilton.” It was a warm greeting and a sigh at the same time.

Her smile was sincere, and her eyes held genuine pleasure, but there was a wariness about her that made me afraid to approach her. We stared at each other in silence, both cataloging the changes four years had brought. I wasn’t sure what to do or how to break the silence between us, so Val took the initiative. “I didn’t think I’d ever see you again,” she said with a small shake of her head.

“Me, either.” I finally broke from my stupor and managed a small smile. “Hug for an old friend?”

I held out my arms, still not taking any steps further into the room, letting her come to me on her terms. It took her a moment to decide, but eventually she pushed her smile up into her eyes and crossed the room to me.

We sank into the embrace and simply held each other as the tension left our bodies. Her arms were low around my waist and mine tight around her shoulders. Thanks to her heels she was only a few inches shorter than my six-foot-three inches, putting her at the perfect height to rest her head on my shoulder, which she did with the smallest sigh. My eyes drifted shut and I enjoyed the moment. It was a long time before I whispered, “Are you okay?”

She sucked in a sharp breath and pulled herself out of my arms. “I’m fine.”

I didn’t believe her. The words sounded too much like a personal pep talk. “Val, if you’re not up for sticking around to sign autographs with me, I’ll understand. I’ll tell them you’re not feeling well.”

Val gaped up at me, stunned by the offer. She was shocked that I’d let her off the hook. Normally I wouldn’t, but the image of her crumpling to pieces alone in this room was not one I was going to forget anytime soon.

“The thing about surviving fame,” I told her, “is knowing when to say no. The public will always take everything you give them. They’ll take and take and take, and it will never be enough. You have to remember that ultimately you come first. If there’s ever something you need, you have to put your foot down.”

For instance, not singing your most popular song again no matter how much it pisses people off and lets them down. I didn’t voice the thought, but I wondered if she was thinking about that, too.

Val studied me for a moment, and her nerves melted away. Giving her the chance to say no had apparently been what she needed to say yes. “It’s okay, Kyle, I don’t mind staying.”

She sounded much more confident, but I still asked, “You sure?”

“I’m sure,” she promised. A smile crept over her face, reaching all the way up into her eyes and she said, “I can’t let you go out there alone. Who knows what kinds of rumors you’d start. I’d probably wake up tomorrow and learn that I’d been hospitalized after going into severe shock when you kissed me backstage.”

Surprised, I burst into laughter. “That does sound like something you’d do,” I teased.

She laughed with me and we headed back to the main studio and our waiting fans. “It may have been four years, Kyle, but that doesn’t mean I don’t remember how you operate.”

I snatched her hand as she reached to open the door to the studio. I wasn’t ready to end this moment alone with her. “You don’t think I’ve learned a few things since then?”

She smirked and shook her head. “New tricks. Same dog.”

It was impossible not to take her words as a challenge. I pushed her back until she was pinned against the door and leaned in close enough that our breaths mingled. Her eyes snapped wide the same way they always had whenever I’d invaded her personal space, and I watched, satisfied, as she sucked in a lung full of air and held it.

“That mentality will be your downfall this time around, Val.” I leaned in, letting my lips linger at her jawline for a moment too long before bringing them to her ear. “Same old tricks,” I whispered. “New man.”

With that, I kissed her cheek and breezed past her into the studio, leaving her flustered and in need of another moment to collect herself all over again. 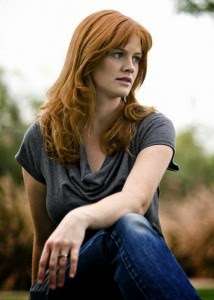 Kelly Oram wrote her first novel at age fifteen–a fan fiction about her favorite music group, The Backstreet Boys, for which family and friends still tease her. She’s obsessed with reading, talks way too much, and loves to eat frosting by the spoonful. She lives outside of Phoenix, Arizona with her husband and four children.

Blast Giveaway $100 Amazon Gift Card or Paypal Cash Ends 6/16/19 Open only to those who can legally enter, receive and use an Amazon.com Gift Code or Paypal Cash. Winning Entry will be verified prior to prize being awarded. No purchase necessary. You must be 18 or older to enter or have your parent enter for you. The winner will be chosen by rafflecopter and announced here as well as emailed and will have 48 hours to respond or a new winner will be chosen. This giveaway is in no way associated with Facebook, Twitter, Rafflecopter or any other entity unless otherwise specified. The number of eligible entries received determines the odds of winning. Giveaway was organized by Kathy from I Am A Reader, Not A Writer and sponsored by the author. VOID WHERE PROHIBITED BY LAW.  a Rafflecopter giveaway
I simply ADORE Kelly's stories, as I've previously mentioned and urge you ALL to seek them out--you won't regret it!