Welcome to the book blitz for Deadworld by Debbie Cassidy presented by Xpresso Book Tours! I think this book sounds pretty darn good and I'm happy to be sharing it with you today. 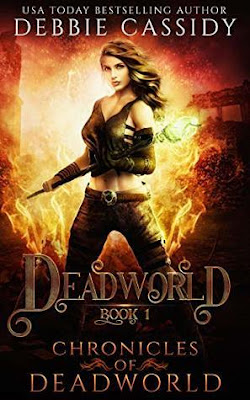 Being a Potential is an honor. It qualifies me for the mandatory Run, the chance to become a Guardian and wield one of the only weapons that can disable a Genesis scout. It also means I’ll have to leave the safety of my underground home and go topside, where the possibility of death goes up by eighty percent.

Badges of honor mean nothing if you’re dead.

I’d rather steer clear of any place where soul sucking AI roam. I’d rather stay safe in the Hive and hangout with my wolf-shifter co-worker. I’d rather work on the mechanical heart that keeps the Hive running and spend time with my enigmatic nephilim mentor. Heck, I’d rather be doing anything else. But I’ve made a promise to my best friend, a promise to get her to the finish line in time to win a spot as Guardian. How hard can it be, right? We have a plan. So why do I feel as if something is about to go seriously wrong?

You don’t have to read the previous series, but man, if you do the thrill ride will be unlike any other. 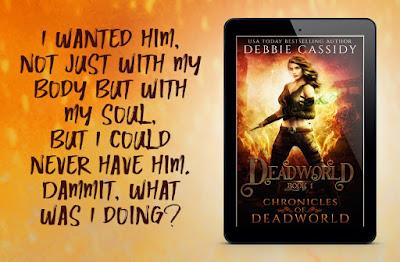 “You have a slight concussion. And it’s perfectly natural to be confused after a blow to the head.”

I reached up to touch the back of my head and probed gingerly, wincing when I hit the tender spot.

I hated this fuzzy feeling. This strange, helpless flutter inside me. “I can’t remember what happened. God, I hate this.”

“It may come back to you, it may not.” Emory smiled kindly. “Don’t worry too much about it. All that matters is that you’re all right.”

A lock of his silver-blond hair had fallen across his forehead, and before I could stop myself, I’d reached up and brushed it back. He froze. His pupils dilated and fixed on me, and then he let out a sharp exhalation and quickly stood and put distance between us. His gloved hands hovered at his pockets, but in the end, he settled for clenching them at his sides.

Oh, shit, Emory was a stickler for his personal space, and I’d just violated it. “Sorry, I … I have no idea why I did that.”

“It’s fine.” His tone was easy and smooth, but the clenched fists gave him away. I’d rattled him. “Just get some rest. Danika will give you some pills for the headache. Take the rest of the day off.”

He canted his head. “No? Echo, you just fell twenty feet into a chasm.”

“I don’t want the others to think I’m getting special treatment.”

His frown was incredulous. “Special treatment? Of course you’re getting special treatment.” He leaned in slightly and enunciated his next words. “You just fell into the chasm.”

Incredulity had morphed into irritation, and although I’d seen him annoyed before, it was usually a flick of the brows, or a twitch of the lips; he never exploded, never raised his voice.

But Finn’s revelation as to why the other guys hadn’t accepted me was prominent in my mind, and maybe it was the fall, maybe it was the damn concussion, but my mouth decided to speak the thoughts running through my mind.

“The heart keepers think you’re favoring me because we’re lovers.” The sentence tumbled out and then sat between us like a bomb waiting to be defused.

Emory went very still. Was he holding his breath? Was I?

I pressed my fingers to my temple, wishing I could take the words back just to wipe the look of horror from his face. A look that was not good for my ego. 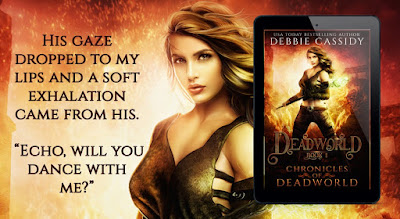 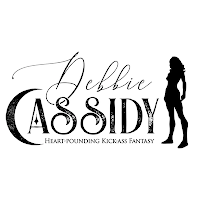 Debbie Cassidy lives in England, Bedfordshire, with her three kids and very supportive husband. Coffee and chocolate biscuits are her writing fuels of choice, and she is still working on getting that perfect tower of solitude built in her back garden. Obsessed with building new worlds and reading about them, she spends her spare time daydreaming and conversing with the characters in her head - in a totally non psychotic way of course. She writes Urban Fantasy, Fantasy and Reverse Harem Fantasy. All her books contain plenty of action, romance and twisty plots.