Today I'm happy to be taking part in the Book Blitz for Lady of Sherwood by Molly Bilinski thanks to Xpresso Book Tours. Lady of Sherwood looks like a delightful twist with a gender change on Robinhood and I hope you enjoy the excerpt and giveaway I have for you today. 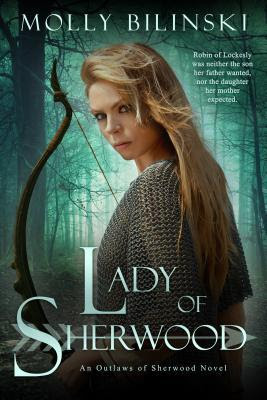 Robin of Lockesly was neither the son her father wanted, nor the daughter her mother expected. When she refuses an arranged marriage to a harsh and cruel knight, the deadly events that follow change her destiny forever.

After a night of tragedy, Robin and the few remaining survivors flee to Nottingham. With a newfound anonymity, they start to live different lives. There, she and her band make mischief, robbing from the rich and giving to the poor. But charity isn't the only thing she wants--she wants revenge.

As the sheriff draws his net closer, Robin's choices begin to haunt her. She'll have to choose between what's lawful and what her conscience believes is right--all while staying one step ahead of the hangman.

Lady of Sherwood is a unique young adult retelling of the beloved Robin Hood legend. Filled with action and romance, this new series follows a teenage heroine through her fantastic, yet dangerous adventures. 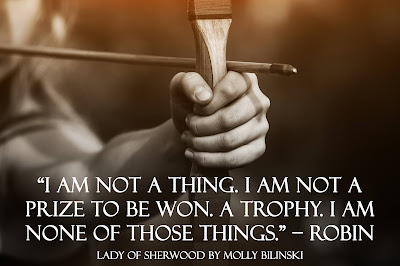 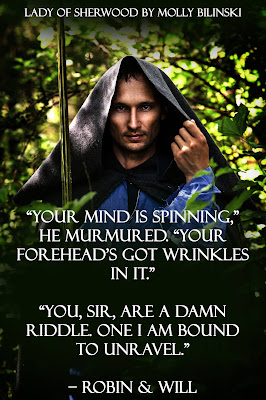 “That still makes it murder. It doesn’t change that. Nothing changes that.”

“You’re an outlaw, then.” Maggie shrugged. “You’re the Lady of Lockesly. You’re a warrior woman from the old tales. None of those things mean we don’t want you to stay with us.”

Robin’s expression morphed into something stricken, and her eyes widened. “Why would I have done that? You’re—you’re family. You’ve always been as much family as my mother.” True, Jemma was the sister she’d never been gifted with, but the others had a spot in her heart all the same. One that was rapidly growing by the second.

“Then come with us.” Maggie’s tone said she wouldn’t take no for an answer. “Be an outlaw, but come with us. Even outlaws need friends.”

“I’m an outlaw, same as you,” Jemma murmured when Robin looked meaningfully at her. “I went with you to kill him, and I attacked his men.”

Robin locked eyes with each girl in front of her and she found nothing but tempered steel staring back at her. All of them might have been younger than her and Jemma in physical years, yet they showed a resilience and a courage born from the night’s events.

Robin knew she’d been right earlier to call them smart. Nottingham was large enough for them to all blend into new crowds, and if they kept their wits about them, no one would ever have to know the last survivors of Lockesly Manor were harboring two outlaws.

“All right,” she said. “We stay together and head for Nottingham tomorrow at dark. We don’t want to be seen,” she added. “Not if any of Gisborne’s men are still in the village.” And looking for revenge if he was dead.

Molly is a 2013 graduate of William Smith College with a bachelors in chemistry. She puts her science powers to use by day and is a novelist by night (and weekend...and any five minutes she can find). When she's not writing or working, she's scoping out coffee shops, exploring her new city (Buffalo, NY), taking day trips to Canada, and putting together puzzles.