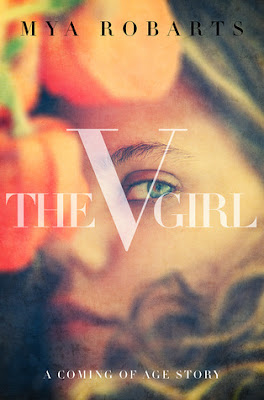 In post-apocalyptic North America, sexual slavery is legal. Lila Velez desperately wants to lose her virginity before the troops visit her town and take it away by force. She makes plans to seduce her only friend. Lila does not love him, but he is the only man who has shown her true affection, an affection she is willing to take as a substitute for love.

Lila’s coping mechanism to cope with her mother’s loss is her secret. A secret that will bring her closer to Aleksey Fürst, a foreign, broody man who she distrusts because of his links to the troops and his rough, yet irresistible appearance. He offers Lila an alternative to her plans, a possibility that terrifies her…and tempts her in spite of herself.

With threats looming at every turn and no way to escape, Lila fears that falling in love will only lead to more heartache. The consequences of laying down her arms for Aleksey and welcoming hope might destroy more than her heart. They might force her to face the worst of her nightmares becoming a reality. Is love possible in a world that has forgotten what the human touch is?

Having had the pleasure of reading The V Girl by Mya Robarts in its originality, this review is a little different than the ones I normally write. As I was already familiar with the story and characters when I began The V Girl for the second time, this review compares the two editions more so than I would normally compare novels. That being said, this fact also allowed me the chance to see how strong the story had become. .

In fact, in a lot of ways it was like reading a brand new book. Whilst the thrilling concept of the story, and Robarts harsh, brutal and truthful storytelling didn’t change, there was a lot more content to the story. We got to learn Lila and Aleksey a lot more as characters; who they were, their fears, their desires, what makes them tick. There was a lot of middle ground in the novel that was never previously explored and it was thrilling to read.

Something I very much enjoyed about this second edition of The V Girl is that Lila and Aleksey are actually in contradiction with each other in a lot of things. Lila saw her fears in Aleksey; a lot of the things she was afraid of were reflected in who he was and what he wanted. Mya Robarts gave them the opportunity to face these fears and allowed Aleksey the chance to reassure Lila of his intentions and expectations. In a world where consent is practically non-existent, Lila had to come to a point where she trusted that nothing Aleksey would do would be without her total agreenace and acceptance. And this made for some tantalizing reading as Lila warred with herself and her fears and slowly—very slowly--began to trust the man she was falling in love with.

Mya Robarts doesn’t shy away from violence especially of the sexual kind in this novel. The V Girl isn’t for the faint at heart and focus heavily around non-consensual, forced intercourse often. This is a dystopian world all on its own—there’s nothing out there that even comes into comparison, but for all its darkness and it’s horror; I came to care about the characters and appreciated the moments of light Robarts brought to the story. I also want to commend Robarts for displaying an authentic seeming first time--she wrote it well.

Powerful, thought invoking and potent, The V Girl is a strong novel and one that I highly recommend for those who are dystopian fans but are looking for something of the darker variety. Ending better than it did the first time around The V Girl left me very satisfied.


*Check out my first review of The V Girl here!*