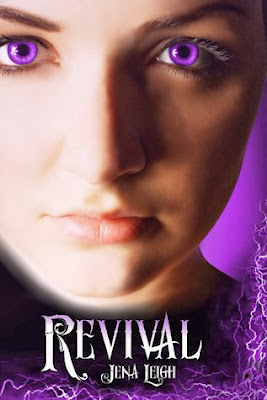 Possessing the uncanny ability to fry a television set from twenty paces can really wreck a girl’s social life.

If you’re looking for proof, just ask sixteen-year-old Alexandra Parker. After catching her boyfriend in the arms of the prettiest girl in school, she made the journey from social elite to social pariah in a haze of electricity and exploding electronics. But finding herself at the bottom of Bay View High’s social hierarchy was nothing compared to the shock of discovering who—and what—she really is.

After being zapped out of a burning bookstore by the mysterious Declan—a hero nearly as handsome as he is infuriating—Alex finds herself under the protection of the powerful Grayson family. It’s through them that she learns the truth: that the world she’s always known is nothing like it appears to be... and that she has far more in common with them than she might want to believe.

Now, on the run from a fire-wielding hit man and a secretive government organization, Alex must navigate a strange and treacherous new world filled with superhuman mutants known as Variants. As she begins to unravel the many secrets of her family’s past, she uncovers the real reason for her parents’ death twelve years earlier—and finds out that the threat to her family, and to everyone she cares about, is still dangerously real.

Revival is Jena Leigh’s foray into the literacy world and featuring fantastic characters with a thrilling dynamic, proves to be an exciting debut full of action, excitement and tension galore!

Launching straight into the story from the opening page, I found Revival to be a really enjoyable read. Having now read this book, I have to say the cover is very unassuming and doesn’t manage to capture the essence of the book within. Revival really impressed me with its likable characters, engaging plotline and gripping story. It’s well written and well told; managing to be perfectly paced with plenty of action, humor and chemistry.

Jena Leigh will thrill fans of The Mortal Instruments with Revival who hopefully won’t find too many similarities, but will appreciate the character dynamic, wit, humor and action that unite the two. Leigh still has a lot to do with her world, and I for one would have appreciated a little bit more back story, but I look forward to some world building and expansion in future books. The mystery as to what is going on is intriguing, especially as I still have quite a few questions floating around in my head that I’m eager to have the secrets to revealed.

Leigh writes a very likable and down to earth heroine in the form of Alexandra “Alex” Parker in Revival. Having recently discovered she has the ability to effect, and more realistically, fry electronics, Alex’s life takes an unexpected and forever altering turn when she discovers that she’s not the only one in existence with strange abilities.

Mystery and secrets abound in Revival, and as Alex is thrust into a world she never knew existed, she begins to discover startling truths about her self, her family and what she’s capable of. I quite liked Alex. She’s nice, down to earth and really easy to read about, with a sassy attitude and stubborn streak at times. Alex’s story is an easy one to follow and as Leigh introduced us to fantastic character after fantastic character, I found myself more and more entranced in the story and Alex’s relationship with them.

From Alex’s normal best friend Cassie, to Variant’s Declan, Nate, Kenzie, Brian and Aiden, Jena Leigh writes the chemistry between her characters brilliantly. They have one of those brilliant dynamics that needs to be seen to be believed. Or in this case read. Declan, Nate, Kenzie, Brian and Graysen as well, brought together by tragedy and bonded through their history really read like a non-conventional family—which I love. Their interactions are great to read about. Alex has a great friendship with Cassie and as this flows over to their friendships with the others, it gives the book that perfect balance of wit, banter and chemistry between characters who compliment one another.

Now as for the romance…..it’s budding. Not to give away any spoilers, but Jena Leigh strokes the fires of her characters connections in this book but doesn’t jump head first into the flames—which I adored! Seeing an author play on the chemistry and electricity (no pun intended) that exists between some of her characters, but who doesn’t go too far past the sizzling tension and witty banter expressed between her characters is perfect. I love how Leigh has set Alex up with Declan and Nate as well as Cassie and Aiden—makes me want the next book pronto so I can get caught up in their will-they-won’t-they relationships once again.

From start to finish Revival is beguiling. Leigh does a great job introducing us to her characters and her world, revealing only enough about both to leave us satisfied with where the stories heading, but completely eager for book two. If you’re a fan of smart, sassy and fun reads with paranormal elements thrown in in the best way, then Revival is the book for you!

Source: Sent for review by the author in exchange for an honest review (Thank you Jena!)
Format: Kindle ebook
Buy it: Amazon (Kindle) | AmazonPaperback | Smashwords
My Recommendation: Fans of The Mortal Instruments will bet a kick out of this!
Cover: I love the colors, but doesn't do that much for the book.
Will I read sequel/continue with series: Yes!