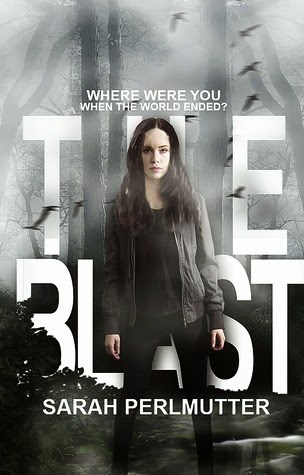 After a series of blasts force Beatrice Hicks and her family into their prepper bunker, they emerge to discover they are among the survivors of a nuclear apocalypse. Fighting against rogue groups and coping with deaths are just some of the adjustments Beatrice must make to survive, but how will she maintain her humanity after the blast?


Praise for THE BLAST:

“This is the most impressive and heartfelt apocalypse story I’ve ever read in my life!”

“A real tour de force… [It’s] refreshing to have a YA book which focuses on the important things in a person’s life – family, love and death.”

“What a beautiful story. A wonderful look at the human ability to survive, rebuild, and grow through survival.”

“One of the best post-apocalypse stories I have read.”

“This book easily stacks up against my favourites and has an originality that many books seem to lack these days. [The] writing style is impeccable and this book is utterly breathtaking!”

The Blast by Sarah Perlmutter is a post-apocalyptic tale of family and survival that sees one girl grow up in a world destroyed and is a story of learning to live despite the chaotic state of the new world.

Beatrice Hicks is only ten years old when a series of blasts see Beatrice, her family and their closest neighbors seek refuge in her family's bunker and then emerge some time later to discover they are among only a few to have survived the nuclear blast that has destroyed the world around them. Over the course of many months and years, Beatrice and those she loves fight to survive in their new world, experiencing vast loss and pain along the way that see them battle to remain their humanity and survive when desperation makes people dangerous and hard choices must be made if Beatrice and her family ever hope to survive.

I've only read a couple of apocalyptic tales like this. The Last Girl by Michael Adams and Red Hill by Jamie McGuire come to mind, although there are no zombies or paranormal elements to be found within the pages of The Blast. The Blast isn't like a lot of the apocalyptic and dystopian stories that seem to be all the range right now in the sense that it's very real and authentic as opposed to supernatural or futuristic.

The events of the story and the experiences our heroine Beatrice goes through are very easy to visualize within today's day and age and are what you would expect to witness should the world end in the same fashion that Bea's does.

The Blast is told entirely through Beatrice's eyes and sees Beatrice grow from a frightened child to a capable young woman over the course of the story. I'm going to be honest here; I struggled with Bea in the first half of the book. Bea came across as a spoilt and bratty child, and her parents didn't do a lot to help this as far as I'm concerned, but I understand why Sarah Perlmutter wrote Bea and her parents this way. The end of the world as they know it forces them all to grow, and make tough choices, and I liked that Perlmutter made Bea question her choices and decisions. By the end of the novel I was much more of a fan of Beatrice.

There's a lot of pain and loss within this novel. Perlmutter doesn't shy away from death and disease in this novel where the modern technology and medicine we so rely on in everyday life is long gone. Over six years the characters slowly build a new life for themselves; simpler, but still effective and mange to fall in love, find powerful new friendships and continue to survive.

The Blast sees Sarah Perlmutter explore the power of human survival and our capacity to thrive in dire circumstances. Solidly written and engaging, The Blast is an authentic apocalyptic tale that is sure to be a hit with those who enjoy genuine tales......

Source: Sent for review by YA Bound Book Tours and the author (Thank you ladies!)
Format: Kindle ebook
Buy it: Amazon | Barnes & Noble
My Recommendation: If you enjoy a realistic apocalyptic tale, this one is for you.
Cover: The cover is really kick-ass---I love it!
Will I read sequel/continue with series: This is a stand alone novel.