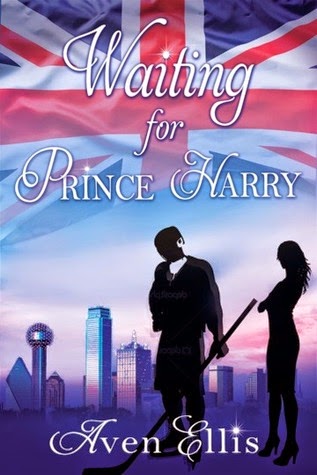 Twenty-four-year-old Kylie Reed has always been a rule follower. Organized and cautious to a fault, her dreams for life are often filed away for future use—when she has a house, when she meets her future husband, when she has been at her visual display job at a chic Dallas boutique longer...Kylie always has a reason for living her life in the future, not in the present, and not living her life to the fullest and reaching her dream of becoming a fashion designer.

The only exception to rules, of course, would be running away with Prince Harry—Kylie’s ideal man. A hot, fun ginger boy would be worth breaking all the rules for, of course. And Kylie is sure Harry just needs the right, centering woman to settle him down. But living in Dallas and not knowing Prince Harry make this a non-option.

Because when Kylie accidentally falls into the lap of a gorgeous ginger boy—yes, even more gorgeous than the real Prince Harry—all bets are off. Could this stranger be the one to show Kylie how to take a chance, to face her fears, and live in the present? And could this stranger be the Prince Harry she has been waiting for? Kylie’s life takes some unexpected twists and turns thanks to this chance encounter, and she knows her life will never be the same because of it...

Waiting For Prince Harry by Aven Ellis is a very fun and flirty novel that entertain from beginning to end and will have you wanting to find your own Prince Harry!

Waiting For Prince Harry was a downright fantastic read read. Flirty, fun and addictive, this book was very much a good rom-com; the kind of novel that would make a fabulous chick flick! Introducing us to Kylie Reed, a twenty-four year old designer, Waiting For Prince Harry follows Kylie’s journey to love when she quite literally falls into the lap of her very own ginger-haired hunk. As someone who secretly crushes on Prince Harry, Kylie is surprised when this mystery man manages to give the Prince a run for his money in the looks, attitude and charm department and soon finds herself realising the right person can bring out the best in her.

Eeeep! When I first heard about the premise for Waiting For Prince Harry I knew I had to read it. As someone who simply adores this particular royal (forget William; I’ve always wanted Harry!) Waiting For Prince Harry sounded right up my alley…..and I have to say Aven Ellis has done a great job with this story! Personally, I sped through this book, and could hardly put it down. Basically I wanted to keep reading and reading until the very end.

Though the writing may be basic, the characters and the chemistry they share in Waiting For Prince Harry shine from the very beginning! Main character Kylie Reed is a very normal young woman with a heart of gold. She’s a bit of a homebody and would prefer sewing and baking and watching movies at home over partying and clubbing any day. Kylie is happy to file all her dreams away "for the future" until she meets oh, so sexy Harrison Flynn, famous hockey player, redhead and dreamboat. Sparks fly and soon the two find themselves diving headfirst into L.O.V.E

Kylie was a great main character; she was likable and nice and so down to earth. It was easy to relate to her and put yourself in her shoes. She was the kind of girl you couldn’t help but like and end up vying for. Harrison on the other hand….what a character! This guy has me all weak in the knees and swoony. Harrison Flynn was an honest to goodness, good guy. He had money, fame and status but the things that mattered to him were the smaller things in life. He was funny and charming and endlessly sexy. As a hot-as-hell ginger and star athlete, Harrison has it all physically, but it’s his attitude and personality that won me over in this book. He really was a perfect all-round gentleman; certainly giving Prince Harry a run for his money as the most alluring redhead out there!

As soon as Kylie and Harrison meet, sparks life. I adore these two together, I really do! They have so much chemistry that every interaction between them is rife in attraction and tension. The dialogue between Kylie and Harrison smart and flirty, and Ellis keeps them witty and sassy together. They build such a strong relationship, and even though things move fast it never seems forced or rushed. They have their ups and downs, but as a couple they manage to better each other and it's so beautiful to witness. They have a magical relationship that is so beautiful and sweet--a girls dream!

Featuring a sexy romance, delectable dialogue and an addictive story, Waiting For Prince Harry is a brilliant contemporary read!

Source: Sent for review by Xpresso Book Tours and the author (Thanks Giselle and Aven!)
Format: Kindle ebook
Buy it: Amazon
My Recommendation: Fans of fantastically fun contemporary will love this.
Cover: Simple but sweet.
Will I read sequel/continue with series: This is a standalone novel but I won't rule out reading more by this author in the future.