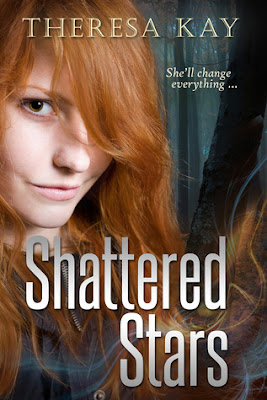 The last thing Jax Mitchell ever wanted was to be a weapon. Her abilities are unpredictable at best, but with her twin lost, there’s no one else with enough power to take on Jastren and his mental manipulations. She doesn’t have to do it alone, though. Not only can she rely on the unwavering support of Lir, Rym, and her human friends, she also ends up with help from a surprising source.

Meanwhile, her twin brother Jace—his body controlled by Jastren, and the shattered pieces of his mind locked inside—has become a monster. The struggle to hold on to what’s left of his humanity has left him weak and more confused than ever before. Every thought, every impulse, and every memory has the potential to destroy him—and everyone else around him.

The futures of both the humans and the E’rikon are on the line, but as ulterior motives and political machinations are revealed, it becomes clear that the betrayals aren’t restricted to only one species. Can Jax and Lir get everyone to work together in time to prevent the two species from destroying each other? Can Jace find some measure of redemption for all he has done? And will Jax be able to harness her powers… without losing herself in the process?

Shattered Stars is the absolutely riveting conclusion to Theresa Kay’s Broken Skies series and is a fast paced, deeply engaging tale that brings what has been a thrilling series to a heart pounding ending.

Jax Mitchell has been through so much since her twin brother was kidnapped and Jax set out to rescue him from the group of aliens know as E’rikon that had taken him. Since setting out on her quest, Jax has discovered some startling truths about herself including the abilities that make her the most dangerous weapon there is. She’s also learnt unexpected truths about the E’rikon race as a whole and about the war between humans and Earths alien “invaders”. She’s found new friends and fallen in love, and as Jax and her bondmate Lir attempt to prevent her grandfather from destroying two whole races in his fight for power, Jax and those she loves are in for their most dangerous fight yet. And no everyone will make it out alive…..

As far as sci-fi series go, Broken Skies is one of my absolute favourites. In the tradition of the Lux series by Jennifer L. Armentrout and The 100 by Kass Morgan, Broken Skies is a stellar series that features a personable main character, thrilling romance and a fast paced and highly entertaining storyline. I just adore the series Theresa Kay has developed and have enjoyed every moment of this journey with Jax and Lir whose romance is one I have immensely enjoyed.

Jax has been a fantastic heroine to follow from start to finish, and I’ve loved seeing her grow so much out of the course of the series. She’s come into her own as her relationship and romance with Lir has given her confidence in herself and those around her. I’ve simply adored the romance between Jax and Lir. It has been electrically charged, endearing, swoon worthy and so very beautiful to witness blossom.

Continuing on where the last book left off and following in the footsteps of books one and two, Shattered Stars is a well written and action packed read. I’m really sad to see this series come to an end as I have truly loved it so, but Theresa Kay has concluded it so well. Edge of your seat moments weave with beautiful displays of friendship, family and romance.

Shattered Stars is a really heart-wrenching ending, with Theresa Key not holding anything back. Lives are on the line and there are loses, with Jax unable to prevent some of those she loves becoming casualties of war. A thrilling series from the opening chapter all the way to the final page of book three, Broken Skies ends in spectacular fashion with Shattered Stars and I have no doubt the characters will live on in my hearts always.

Source: Sent for review by author (Thank you Theresa!)
Publisher: Published by author
Format: Kindle ebook
Release Date: October 26th 2017
Pre-Order: Amazon | iBooks
Final Thoughts: Words can't say how much I adore this series. Shattered Stars was the perfect ending and I highly recommend anyone who hasn't read this series do so as soon as they can--you won't be sorry!