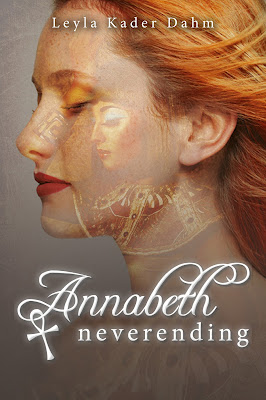 At first, teenager Annabeth Prescott thinks she’s found quite a deal when she talks down the price of an ankh pendant she discovers at a flea market. She soon wonders if the bauble is more than she's bargained for when she faints and glimpses images from a past life in ancient Egypt.

The discovery coincides with another new find: Gabriel, a handsome young man who takes an interest in her. When she meets his twin brother C. J. at a Halloween party, she realizes they look exactly like two boys who figure prominently into her memories.

Does C. J. share the heroic qualities held by his past incarnation Sethe, her bodyguard when she was Princess Ana? Does Gabriel possess the same evil powers he wielded as Kha, the black sorcerer who sought her affection?

Love meets the supernatural in this gripping young adult paranormal romance. Readers with an interest in reincarnation, as well as ancient Egypt, will be drawn to its mystical mixture of history and hesitation as Annabeth sways between the two brothers.

Will her reincarnated soulmate win out? Or will Kha finally find the way to her heart?

Annabeth Neverending by Leyla Kader Dahm is a nicely woven tale of reincarnation, the power of love and the strength of destiny.

Annabeth Prescott has never been a normal teenager. At sixteen, she’s already had her fair share of health issues and having been adopted has left her with plenty of questions about her heritage, but when Annabeth picks up an ankh pendant from a flea market, the last thing she expects is for the pendant to bring about memories--memories of a past life where she was the daughter of a great Egyptian Pharaoh and promised in marriage to a powerful dark sorcerer named Kha. Wanting to learn about her past life as Ana where she was deeply in love with her slave guard Sethe, Annabeth draws on the ankh’s powers to delve into her past while at the same time finding herself drawn to Gabriel, a handsome and kind young man she quickly comes to realise is the reincarnated version of Kha, and C.J, Gabriel’s twin brother who is Ana’s lost love Sethe come back to life. Torn between her feelings for the two brothers in the present, Ana must discover the truth about her previous life as strange and dangerous things begin happening in the present…..

In all honestly Annabeth Neverending started out slow for me. I’m not quite sure why considering author Leyla Kader Dahm does a great job jumping straight into the story and beginning to detail both Annabeth’s present and past. Leyla Kader Dahm does a fantastic job with detailing a lush and vivid Ancient Egypt and she has clearly spent a lot of time researching different aspects. Eventually I found myself quite invested though and eager to learn what happened to Annabeth in her past life.

Annabeth was a decent heroine, although there were a few moments where I struggled to connect. Leyla Kader Dahm’s prose is beautiful and although Annabeth is quite literally an old soul, there were a few moments where I thought Annabeth’s voice and internal monologue seemed too old for her seemingly sixteen years. Whether this was intentional or not, it seemed at odds with the teenage drama and romances Annabeth was going though. Leyla Kader Dahm is clearly a stunning writer though; her writing technique is lyrical and detailed, and very thought invoking.

With Annabeth Neverending at its base focusing on Annabeth’s reincarnation and subsequence romances with Gabriel and C.J, I was really hoping to absolutely adore Annabeth’s love interests and to be absorbed in her romances, but this unfortunately wasn’t the case….at least not all of the time. Personally I struggled to connect with C.J. but I really liked Gabriel. He was a sweetie and I did genuinely like him. Who doesn’t love a good intellectual type—I know I do!

There were some moments in this story I enjoyed more than others and found myself extremely interested from about halfway onwards. Leyla Kader Dahm certainly surprised me with some twists in this novel, especially towards the end. There’s one big reveal I was not in any way expecting and I commend her on managing to keep her readers on their toes.

At this point in time I’m not a hundred percent sure whether Leyla Kader Dahm intends to write a sequel and turn Annabeth Neverending into a series, but with the novel ending how it does, I’m very intrigued to see what happens next!

Source: Sent for review by the author (Thank you Leyla!)
Format: Kindle ebook
Buy it:  The Book Depository | Amazon | Barnes & Noble
My Recommendation: Fans of Ancient Egypt will certainly enjoy this.
Cover: I think it's very pretty and very clever.
Will I read sequel/continue with series: I'd like to read more if there's a sequel yes.