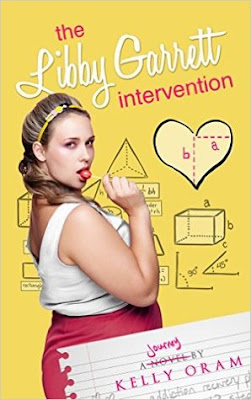 Libby Garrett is addicted to Owen Jackson's hot lovin'. But the sexy, popular college basketball player doesn't appreciate all of Libby's awesomeness. He refuses to be exclusive or even admit to people that they're dating. The relationship is ruining Libby and she's the only one who can't see it.

When Libby's behavior spirals completely out of control, her best friend Avery Shaw and the rest of the Science Squad stage an intervention hoping to cure Libby of her harmful Owen addiction. They put her through her very own Twelve Step program—Owen's Anonymous—and recruit the help of a sexy, broody, hard as nails coffee man to be her official sponsor.

Adam Koepp has watched Libby Garrett for years. How could he not notice the sassy girl with the purple skateboard and helmet plastered with cat stickers? But in all the years he's crushed on her, Libby has failed to take notice of him. Why would she when he was just a nobody high school drop out who served her apple cider several times a week? Especially when she was hooking up with a guy like Owen Jackson—a guy with a college scholarship and more abs than Kyle Hamilton.

Adam finally gets the chance to meet Libby when his co-worker Avery Shaw recruits him to take Libby on the journey of a lifetime. With his ability to play Bad Cop and his experience with the Twelve Step program he's the perfect candidate to be Libby's sponsor. But will he be able to keep his personal feelings out of the matter and really help her the way she needs? And will Libby hate him when he forces her to take an honest look at herself?

The Libby Garrett Intervention is the sequel/companion novel to Kelly Oram’s stellar The Avery Shaw Experiment and is an enjoyable romance that is fresh, fun and full of laughable moments!

Readers were introduced to Libby Garret in The Avery Shaw Experiment as Avery’s confidant, curvy and sassy best friend. Well, Libby’s back! Only she’s not exactly the girl we knew. Having been secretly dating Owen Jackson for the past year, Libby is addicted to the sexy basketball player, yet Owen refuses to acknowledge their relationship to their friends and acquaintances. Happy to leave their relationship strictly in the bedroom, Owen doesn’t treat Libby the way she really deserves and Libby refuses to see it, until her friends stage an intervention. Soon realising that maybe her friends are onto something, Libby agrees to take part in a Twelve-Step Program to help get herself over Owen, a Twelve Step Program led by Adam Keopp, the barista at the coffee shop where Avery works and someone who has harbored secret feelings for Libby for years. Tasked with helping Libby become the girl he’s always wanted again, Adam soon begins showing Libby that’s she’s better than Owen’s let her believe she is.....

Having previously read some of Kelly Oram’s work, I still fell head over heels when I read The Avery Shaw Experiment last year and count it in my top two novels of hers (alongside Cinder & Ella) so The Libby Garrett Intervention always had a tough act to follow. While I didn’t find myself as in love with it as I had been The Avery Shaw Experiment, I still enjoyed it very much.

While The Libby Garrett Intervention is super fun and super quirky, it also showcases a really powerful message. Libby’s insecurities and fears are something I really related with and found encouraging to witness be addressed. Oram manages to pack the novel with lots of light-hearted fun, but also manages to tell something really beautiful amongst the sass, humor and romance.

Libby’s a really quirky character and I enjoyed following her. She had a lot of attitude issues at the beginning of the book that she addresses with the help of her friends and an unexpected love interest. Ultimately I was glad to see Libby get back to her roots, after Kelly Oram finished pulling her apart and putting her back together.

As someone who was super excited to see Owen and Libby hook up at the end of The Avery Shaw Experiment, I was gutted when I first realised Kelly Oram had written Libby’s story the way she did. Yet, now having read The Libby Garrett Intervention, I can see why Libby’s story had to be told this way. Adam fits Libby. He sees her for exactly who she is and appreciates all her cat-crazy-neon-loving awesomeness. He finds her sexy and beautiful exactly the way she’s made and never makes her doubt her worth. Owen didn’t do this for her….and never really tried if we’re being honest.

Luscious and addictive The Libby Garrett Intervention is a decent follow up to The Avery Shaw Experiment that fans won’t want to miss. Oram introduces new lovable characters and leaves me wondering if maybe there’s possibly a story featuring Adam’s sister Kate or Owen in the future. Owen certainly could use some redemption as far I’m concerned!

Source: Sent for review by the author (Thank you Kelly!)
Format: Kindle ebook
Buy it:  The Book Depository | Amazon | Barnes & Noble | Kobo
My Recommendation: This is SUCH a fun contemporary series and soooo cute.
Cover: The yellow of this cover fits perfectly with the first book and I do think the cover model represents Libby at the beginning of this book well.
Will I read sequel/continue with series: Oh, I would love to read more from this series if that chance ever arose!