Today the Book Tour for Behind the Stars by Leigh T. Moore stops by thanks to YA Bound Book Tours! Below you'll find an excerpt as well as a tour wide giveaway you can enter :) 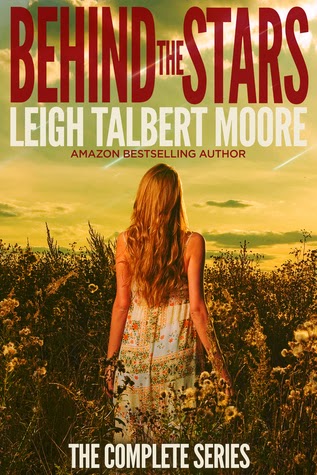 Prentiss Puckett is certain of three things:
-Graduation is two weeks away.
-Summer only gets hotter in south Mississippi.
-She’s getting a job with air-conditioning.

She did not expect to be kidnapped walking to work.
And she never expected to become a hero.

Add the series on Goodreads!

A cramp stabbing my ribs brought me back to the Here and Now. I was late, and last day or not, Dr. Green would fuss.

“My assistants must be punctual,” he’d say. “It’s difficult being the only vet in a farming community.”

I exhaled slowly as a bead of sweat tickled a path down the middle of my back, and I tried to keep the dirt out of my Keds.

Back when the 911 service came through, most of these roads got numbers or real names besides “Shortcut to the Creek” or “Road Where the Broke-down House Used to Be.” But there were still a few like this one, “Old School Road,” that you only knew what to do with if you grew up in our little town of less than a thousand people. It didn’t matter, though. Strangers never stopped in Dabb Creek.

That should’ve been my first warning.

If I hadn’t been so focused on being late, I might’ve paid more attention to the strange man standing on the shoulder looking lost. Bad manners or not, I didn’t have time to give directions or to explain how far it was back to town.

It wasn’t until I was up on him that I realized he was watching me, studying the pace of my feet. Then I saw the body on the ground.

I skipped like a rabbit to the other side of the road, a scream forming in my mouth, but another man sprung up behind me. A rough cloth clamped over my mouth, and in two breaths, everything went dark. 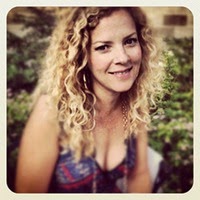 Leigh Talbert Moore is the author of the popular young adult romantic comedy The Truth About Faking, its companion The Truth About Letting Go, and the mature YA/new adult romantic suspense novel Rouge, a Quarter Finalist in the 2013 Amazon Breakthrough Novel Award. She is an award-winning journalist and editor, who has also worked in marketing and public relations for many years. Her writing has appeared in newspapers and magazines across the southeast and Midwest U.S., and she runs the popular writing-craft blog That’s Write. A southern ex-pat and beach bum, she currently lives with her husband, two young children, and one grumpy cat in the Midwest.