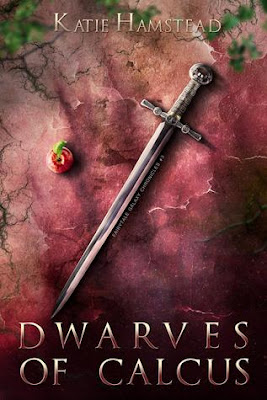 When she was thirteen, Snow Sabbia crash landed on the dwarves' home planet of Calcus. After fleeing from her step-mother's huntsman, seven brother dwarves took her in to hide and protect her. She has hidden for years on the peaceful planet, tinkering with old automobiles and pushing papers in the mine office.

Then, Timothy White shows up.

The shy, nervous, nerdy heir captivates Snow before she even knows who he is, and quickly she falls in love. But his high profile in society draws unwanted attention from her vengeful stepmother, who wants Snow dead.

Geneva believed Snow died years earlier and she had consumed her innocent heart. With her late husband's wealth, Snow's inheritance, in tow, she married a young lord, Conrad. Both are using each other--Geneva for his title and to have a child, Conrad for her money and beauty. But when Conrad lays eyes on his boyhood rival's lovely fiance, Snow, his overwhelming desire for her reveals the truth to Geneva, that Snow lives.

Desperate to hold onto her wealth and power, Geneva seeks to kill Snow properly this time. Snow has the power to wield the one thing that can destroy her, so she cannot let the girl claim possession of the family heirloom, the Nevollo Sword.

Snow soon learns her step-mother knows she is alive. But she is a pacifist, so she must outwit Geneva and remain hidden... until Geneva, disguised as a child, presents her with an apple.

Dwarves of Calcus is the third novel in Katie Hamstead’s Fairytale Galaxy Chronicles and is a sci-fi infused retelling of Snow White and the Seven Dwarves full of romance and danger.

Snow Saabia crash landed on the dwarves home planet of Calcus when she was thirteen after fleeing from the huntsman sent after her by her evil stepmother. Rescued from the wreckage of her pod, Snow was taken in by seven brother dwarves who protected and raised her. Now twenty-one, Snow is at home on Calcus, content to repair vintage automobiles and run the admin section of the dwarves mine, until a young man arrives on Calcus and changes everything…..Timothy White is the heir to White Enterprises, but would much rather bury his head in study than take a role in his father’s business. Sent to Calcus to check up on a rising employee at their jewel mine, shy, nerdy Timothy finds himself instantly drawn to the vibrant and full of life Snow. Falling in love, Timothy and Snow have high hopes for their future together, but when Snow’s stepmother discovers her location, will tragedy find the young couple first?

Katie Hamstead is back with the third novel in her science fiction fairytale retellings series Fairytale Galaxy Chronicles and this time offers readers a fresh and fun take on Snow White. Personally I didn’t love Dwarves of Calcus as much as the first two novels—I found Snow too be too damsel in distress for my liking—but I still felt it was an enjoyable story and definitely worth reading.

In the interest of full disclosure, Snow White and the Seven Dwarves has never been one of my favourite fairytales, so Katie Hamstead always had her work cut out for her where I was concerned. I did however think she did a very good idea with the story. The intergalactic twist explored in Dwarves of Calcus is romantic and adventurous with Snow finding love with the heir to a mining empire, named Timothy White.

The romance between Snow and Timothy was very sweet even if it was very insta-love and fast moving. I liked the growth Timothy undertook throughout the novel. He went from bumbling nerd to a confidant young man deeply in love with the vibrant and kind Snow. The dwarves were hilarious, even if I couldn’t keep track of them all.

There’s something so fun about fairytale retellings and I do very much enjoy them. The Fairytale Galaxy Chronicles is such an entertaining sci-fi series perfect for fans of the Lunar Chronicles. Can’t wait until Katie Hamstead releases the next instalment!

Source: Sent for review by YA Bound Book Tours and the author (Thank you ladies!)
Publisher: Curiosity Quills Press
Format: Kindle ebook
Release Date: March 6th 2018
Purchase: Amazon
Final Thoughts: Though it wasn't my favourite novel in this series, Dwarves of Calcus was still a great read and I can't wait to read the next novel when it comes out.