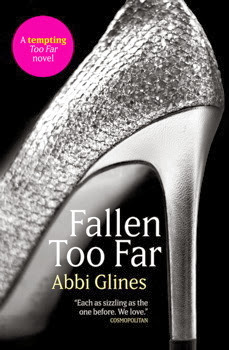 When Blaire Wynn's mother passed away, Blaire's life changed in an instant. Having cared for her sick mother for the last three years, suddenly Blaire has to leave the small farmhouse in Alabama they shared, to move in with her father and his new wife in their sprawling beach house along the Florida gulf coast. But what she isn't prepared for is the lifestyle change that comes with the move, and she knows she'll never fit into the new world of luxury and extravagance that suddenly surrounds her.

Even worse, her father has run off to Paris for the summer with his wife, leaving her stranded with Rush, her new stepbrother, who's irritating, arrogant and… seriously sexy. Rush is as spoiled as he is gorgeous; his famous father's guilt money, his mother's desperation to win his love, and his charm are the three reasons he has never been told no.

Blaire knows he is anything but good for her, but somehow she can't fight the attraction she's feeling, especially when she starts to think the attraction might be mutual…

Rush is jaded and has secrets Blaire knows she may never uncover but even knowing all of that Blaire just may have fallen too far.

I’m almost sad to say that it’s taken me a while to start this series. As a self-confessed Abbi Glines fan, that’s almost shameful to say, but as we know all too well, sometimes life takes priority. That being said, Abbi Gline’s stories are a delicious escape from reality and Fallen Too Far is no exception.

This book is typical Abbi Glines through and through. Featuring a lusciously interwoven storyline set on the simple base that she is famous for, Fallen Too Far introduces Blaire and Rush, two young adults brought together by their parent’s marriage, but whose family’s history is more intertwined than it appears.

Admittedly, I didn’t love Blaire and Rush as I have some of Glines’ previous couples, but I did enjoy their story. As individuals they’re likable. Blaire did wear on my nerves more than other heroine’s Glines has featured but she was nice enough to read about. Rush was exactly who and what I expected him to be---a naughty playboy brought to his knees when he least expected it.

Together Blair and Rush had a saucy relationship. Their chemistry was great and their romance swift but sweet. The shocking revelations about their families weren’t entirely surprising to me—kinda put it together half way through---but make for some interesting future stories.

Sexy, fun and very addictive, Fallen Too Far marks the first book in Abbi Glines Too Far books. The ending has me eager to dive right into book two and find out what’s in store for Blaire and Rush next!

Source: Sent for review by Simon & Schuster (Thank you Anabel!)
Format: Paperback
Buy it: Bookworld | The Nile | The Book Depository | Amazon
My Recommendation: A don't miss for NA fans!
Cover: I like the simplicity of it.
Will I read sequel/continue with series: Yes