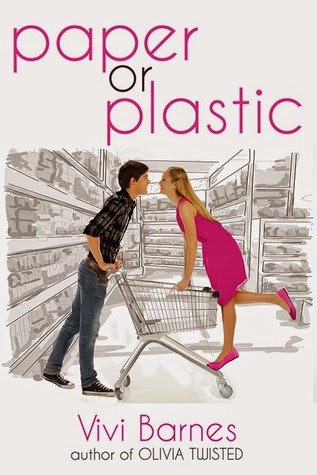 Paper or Plastic by Vivi Barnes is a delightfully fun contemporary romance that is an easy read with an addictive and sweet romance you’ll just devour whole!

Pretty, popular and athletic Alexis Dubois finds her summer plans taking a drastic turn when she is caught shoplifting a tube of lipstick from Smartmart, a convenience store that sells everything and anything. Rather than face charges that will remain on her permanent record she is given the opportunity to work there for the summer instead. As it seems like she is out of options, Lex resigns herself for a summer of boring shifts with a bunch of awkward people but soon discovers that Smartmart isn’t the hellish place she first thought. Plus the last thing Lex expected was to be attracted to her nerdy, loner manager Noah Grayson and fellow student at her high school; someone whose history with her friends would not make for an easy relationship. Their chemistry can't be denied and soon Lex and Noah find themselves on a whirlwind romance that is not without it's issues....

Paper or Plastic was a really fun book to read. It was sweet and charming, and a great way to spend an afternoon. I was very won over by the characters, romance and the storyline—I pretty much wished I could be working at Smartmart alongside Alexis. Though the concept is simple, the execution complimented the story so well and managed to showcase a great main character who undertook growth, a sizzling romance and plenty of quirky side characters who brought such life to Smartmart.

Alexis was a passionate and popular young woman who found her wants and desires change after working at Smartmart. Though she is popular, I loved that she came to care about the other Smartmart employees and that she enjoyed parts of her time at Smartmart. I think Alexis undertook enough personal growth to compliment her character while still managing to retain the essence of who she already was.

Personally I really loved the chemistry between Lex and Noah. Noah is a bit geeky and by the book, but he also has another side that I found really appealing in Paper or Plastic. There’s something very sexy about a man who loves his family and does right by them, something Noah does in spades in this book. He’s a generally good guy who is very intelligent and has ambition. Noah knows when to be cheeky or serious, and has an endearing shyness to him at times that you can’t help but adore!

Fun, fresh and a great summer read, Paper or Plastic truly did win me over from the opening chapter. Personally I'd love a second novel although I know that's a pipe dream; I'd love to see Lex and Noah take their summer romance back to school and see how things change. I found I loved the storyline and characters within Paper or Plastic and definitely urge those who love contemporary reads to check this out.

Source: Sent for review by YA Bound Book Tours and the author (Thanks ladies!)
Format: Kindle ebook
Buy it: Amazon | Barnes & Noble | Kobo
My Recommendation: This is such a fun contemporary read!
Cover: This cover is so cute and I seriously love it!
Will I read sequel/continue with series: I hope to read more by this author in the future...... 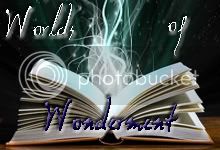