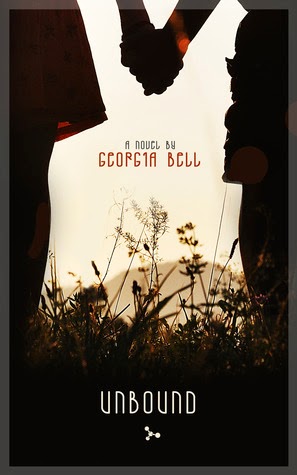 After her father dies, Rachel realizes she is scared and stuck. Scared of heights, of cars, of disasters harming the people she loves. Stuck in a life that is getting smaller by the minute. Stuck with a secret she has kept all her life: Someone has been watching over her since birth. Someone who tends to show up when she needs him the most. Someone she believes is her guardian angel.

Eaden is a 1,500-year-old immortal who wants to die. Drained by a life stretched too thin, he has requested his final reward – a mortal sacrifice bred specifically to bring him death. But something went wrong. Rachel’s ability to grant death has mutated in ways that threaten to upset the uneasy alliance between mortals and immortals. And utterly beguiled, Eaden discovers that although Rachel is the key to his death, because of her, he no longer wants to die. And he will do anything to protect her.

Swept into a world of legends, caught between the warring political factions of immortals, and carrying the future of mortal kind in her flesh and bone, Rachel must risk everything to save her world and the man she loves.

In all honesty I’m at a very mixed mind about this book. To begin with, Georgia Bell blew me away with her detailed and lyrical writing. As a storyteller, this woman knows how to how to write, but unfortunately, I wasn’t as equally impressed with the characters in Unbound as I was Bell’s style of writing.

Brilliant writing aside, Unbound had so much potential. The storyline was intriguing and it was obvious that Bell has put a lot of thought and effort into creating her world and back story; everything wove together beautifully. However there we times during reading Unbound where my mind wandered and I found the story didn’t keep my attention as much as I would have liked. Despite its nature, or perhaps because of it, Unbound seemed like a very long book, and rather than get caught up in the mystery and uncertainty surrounding the goings on in Rachel’s life, I felt as though I was going through the motions.

As our heroine, Rachel was mostly likable, but I wasn’t blown away by her character. I felt like she hid from the world unnecessarily and while there was a reason for this within the story, I found it hard to move past this fact. I liked that she grew in strength towards the end of the story but though.

Rachel’s love interest and leading man Eaden was a real disappointment for me. He was a bit too long lived, too tortured and I felt as though I had seen his and Rachel’s relationship too many times before. As hard as it is to say, I found Rachel and Eaden’s romance to be lacking chemistry and as though their "connection" was forced. Even though they shared a history, I felt as though their feelings for one another came on too fast too soon and as such, I was never completely invested in their relationship.

Although Unbound started off slow, the story did pick up quite some about half way through with Rachel and Eaden travelling to his native Scotland and I found myself glad I had persisted with the story. Bell introduces a number of minor characters who, compared to the main two characters, I actually liked. They added colour and flair to what could have been very dull moments.

In saying all this, Unbound wasn’t necessary a bad book; it just wasn’t as captivating as I’d hoped. If you enjoy your romance with a dash of hopelessness and like seeing characters journey to lands afar than Unbound may just be for you!

Source: Sent for review by the author (Thank you Georgia!)
Format: Kindle ebook
Buy it: Amazon | Smashwords
My Recommendation: Paranormal fans may enjoy
Cover: I don't mind the cover
Will I read sequel/continue with series: Unfortunately, probably not, no.