Welcome to the Phantasma by Penelope Reece Blog Tour! Today as part of the tour author Penelope Reece talks about her decent into writing and I also have an excerpt and giveaway to share with you guys thanks to the lovely lady herself. 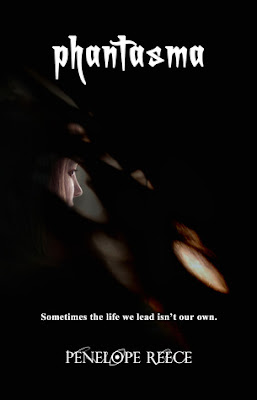 Alphie Brewster attends school, has friends, and a loving family. She’s even taken an interest in the hot new neighbor. It’s the normal life of your average eighteen-year-old. There’s only one problem. Alphie isn’t normal. She’s anything but. You see, Alphie’s got this problem. She’s always tired, is plagued with vivid nightmares, and can’t remember her past.

After Alphie stumbles upon a necklace that once belonged to her grandfather, and unintentionally opens a portal that sends a ghostly figure hurtling out at her from her bedroom mirror, she finds herself faced with another problem. A six foot four inch tall eccentric spook, named Noer, who fills her with fire while draining her energy as if she were a Duracell Battery.

With Noer constantly making her go all weak in the knees, Alphie wants nothing more than to be rid of both him and the necklace. Especially, since the sexy neighbor, Cary, has taken a fancy to her. And that’s not all. With both spook and Cary fighting for her attentions, Alphie starts to remember things. Things that she wished would stay buried. Then Alphie visits Noer’s home in Limbo, and things start to get even weirder.

If that all isn’t complicated enough, a vicious stranger comes looking for the necklace. And this stranger will do anything to get it. Within this chaos, will Alphie be able to come to terms with her past in order to save her family? Or will she become just another lost soul without a body?


Add Phantasma on Goodreads or buy it on Amazon!


Guest Post:
Penelope Reece on when she decided to become a writer....

It all started when I was a child playing that holy - anything goes - game of make-believe. I used to pretend I was an author writing beautiful prose in my little composition notebook. But what I was really doing was copying one of my favorite children’s stories, verbatim.

First, I ought to clarify; I didn’t always want to be a writer. Heck, my first few years in elementary I hated reading. I even fell behind in second grade because I just thought it was boring, I guess. Then in fourth grade, I won at bingo. On the prize table lay an old book by the name of Shadow Castle by Marian Cockrell. I don’t know why I chose it. It wasn’t like I’d win a Pizza Hut pizza for reading it (That was the only reason I read anything – to win that personal pan pizza). But it was a lot better than winning a pencil. So, I chose it and read it, and from that moment on I loved books. I loved the story and daydreamed about it for weeks, months, well… I still dream about it. It was the story that made me love stories.

After my bouts of innocently copying books – my great-grandmother never let on – I moved on to my own stories, ones that began “It was a dark and stormy night.” Back then I believed every story of worth began that way.

Then one day my mother let me play on her old typewriter and as soon as my fingers smacked those buttons I was off and running. I wrote fantasy novels about fairies and humans. I believe my first story, mind you I was probably eleven or twelve at the time, was called Into the Land of the Shamrocks. It was never finished and I still have it… somewhere.

Once I established my love for reading, I wanted to read everything. Of course all we had in the house were historical romances (you know the ones with Fabio on the cover). I think that’s why I love romance novels the most, because I grew up reading them. I just loved reading. I loved the escape.

I couldn’t possibly list every book I’ve ever read because I’ve read a lot. And I can say with confidence that I have learned at least one valuable skill from every single one of those novels and try to incorporate these skills into my writing.

If you want to know when I decided, “This is it! Writing is for me,” that didn’t happen until my senior year of high school when I signed up for creative writing. It was that class that swayed me from a dream of living with the gorillas like Jane Goodall, to sharing my daydreams with other people.

However, I can’t let creative writing class take all the credit, because had there been no Shadow Castle, there’d have been no love for books. And without that love, I’d have never taken creative writing.

Since that day in fourth grade, I’ve read Shadow Castle so many times that I’ve had to tape the pages because they were falling out. In a way you could say this was the book that started it all. This was the biggest inspiration in my life. It opened a whole world up to me, a world of fantasy. And one day, I hope to read it to my children. Perhaps it will become their doorway into the land of books as it was for me. 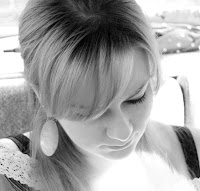 Penelope Reece, Penn for short (b. 1984), is an author living in Central Indiana with her husband of
two years and her tiny pomeranian Kodi.

She graduated from Indiana University in 2008 with a bachelor's degree in English. She then went on to spend nearly three years in South Korea where she taught English in a private academy. It was here that she met and married her husband in June of 2010.

They recently moved back to the States in March of 2012.

Penelope's been writing ever since her nerdy highschool days where her joys were limited to marching band and day dreaming.

Her other joys include reading, crocheting, snuggling her little Kodi-man, and watching comedic TV shows such as Parks and the IT Crowd. She also enjoys watching Korean dramas, listening to her husband sing. As well as being hyper and annoying her husband as much as she can!

Something was sitting on my chest! The weight of its body pressed me down into the mattress, forcing the air out of my lungs. I couldn’t breathe. I couldn’t move. My heart thumped wildly, banging against my constricted rib cage. Terror ran its icy fingers up my spine. My body tingled, but remained frozen in place. My head spun as it fought for control.

Opening my eyes to the darkness, I saw her. One leg lying bent in front of her, while she held the knee of the other against her chest. She leaned forward and, with her butt grinding into my sternum, rested her foot above my shoulder. Red eyes glowered at me, a fire burning within their depths.

I blinked; her face was now a breath away from mine. Her cherry blonde bangs tickled my eyes. Our eyes. She was me. But I wasn’t her.

“It doesn’t belong to you. It never did. Now give it back!” Her hands gripped my throat, squeezing.

As promised, thanks to Penelope Reece I have a Kindle copy of Phantasma to giveaway to one lucky follower!

To enter simply comment on this post with a way to contact you. Giveaway is INTERNATIONAL and will run from May 3rd (today) until May 17th.

And for fun (if you want) let us know which book began YOUR love of reading!


___________________
I'd like to thank Penelope Reece for inviting me to be a part of the tour for Phantasma. Head on over to Penelope's website for more fun tour related goodies and to follow the rest of the tour!