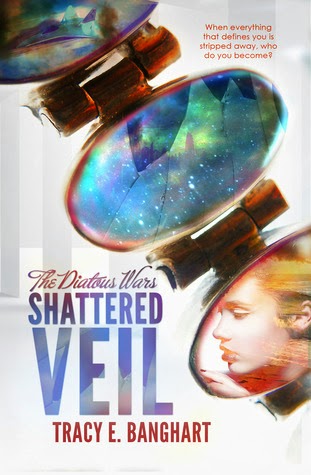 When everything that defines you is stripped away, who do you become?

For Aris, a talented wingjet pilot, war means sacrificing everything: her home, her name, her face—and the one promise she swore she’d never break.

In the small village of Lux, everyone flies wingjets, but nobody flies them like Aris Haan. When she’s not dancing through the skies, she’s spending every minute with Calix, whom she’s loved since childhood. They plan to Promise, but instead he is sent to defend their dominion against a bloody invasion. Determined not to lose him, Aris follows, joining an underground network of women inside the male-only military. Using secret technology that allows her to pass as a man, she becomes “Aristos”, a Flyer in a search-and-rescue unit.

As Aris grows stronger on the battlefield and more comfortable in her guise as Aristos, her personal mission becomes less and less clear. When she and her enigmatic commander, Major Vidar, uncover an astonishing conspiracy that could destroy everything, she must make a choice that will determine not only the fate of her heart, but the future of her dominion.

Shattered Veil was an unexpectedly exciting dystopian read with just the perfect amount of sci-fi and steampunk mixed in to give it an edge. Tracy. E. Banghart introduces us to a beguiling new world and a capable and likable heroine in the first book in her new series, The Diatous Wars.

I highly enjoyed Shattered Veil! Seriously, enjoyed it! Not that I wasn’t expecting to, but I admit I did worry the military aspect that features so heavily might be too strong for my liking. Instead, I found that this enhanced so many of the other aspects of the story—making it so difficult to stop reading when the stakes were so dire.

Shattered Veil follows eighteen year old Aris Haan, a quiet, but talented village girl from the land of Atalanta whose childhood love has been enscripted as a healer in Atalanta’s war against neighboring dominion Safara. When the boy who has her heart leaves to tend to soldiers injured during the war, tearing them apart, Aris makes a shocking decision to follow him into the military and in disguise enlists as one of the best flyers Atalanta has ever seen!

I was very impressed with Shattered Veil. Tracy E. Banghart has created a really unique and riveting world within its pages. Beautifully written, Shattered Veil is extremely detailed and Banghart paints a very appealing setting for her story—it’s a dystopian society at war; where no one is who they seem and peoples intentions aren’t always what you think. Weaving together the tale of a simple village girl, with that of the in power politicians of Atalanta and its ally Ruslana, I found it highly entertaining trying to figure out how the two different storyline’s interconnected.

I adored the characters in this book. Told through the eyes of our main heroine Aris, as well as politicians and Ward’s of their respective dominions Pyralis Nekkos-- Atalanta’s leader, and Galena Vadim, Ruslana’s leader, Shattered Veil features a number of different characters, all with their own personalities, and purposes within the story. Each has their own story and drive within the tale and I enjoyed having each revealed as the story progressed.

The growth Aris undertakes throughout the story is nothing short of remarkable. Aris starts out immensely naïve, and very accepting of her lot in life. As someone who suffered an illness as a child that left her partly crippled, Aris is seen as incapable by a lot of people and those who love her treat her very breakable. The only thing she seems to care about is her boyfriend Calix, and although they love each other it seems almost sad that Aris has no higher goals for herself. When Aris is recruited as a flyer and enlists in the hope she will see Calix, she forced to endure weeks of hard physical training if she hopes to remain in the military. This forces Aris to better herself. It’s a hard time for her, and the training grueling on her body, that is unused to such activity, but Aris perseveres and pushes on, securing her place in her unit.

Once securely in her unit and out on missions, Aris continues to hide her true self, acting as Aristos. Aris meets many people during her time in the military. Making friends with her formidable bunkmate, a strong individual—also a woman in disguise, named Dyrsis who has her own missions and the other soldiers in the unit, including the mysterious and alluring Lieutenant Vidar, Aris comes to see the true nature of war; the pain and tragedy that come with it changing the way she sees the world. I loved Aris. Everything she goes through helps her become the strong, and highly capable young woman with her own wants and desires outside her love for Calix she is at the end of the novel---and I’m so thrilled to have seen all that!

With Aris’s enlistment in the military stemming from her desire to be with Calix, I actually enjoyed seeing how Tracy E. Banghart altered their relationship in Shattered Veil. While they are sweet in the beginning, I never overly felt attached to their romance and I’m actually thrilled over the possibilities Banghart has set up in this first book for Aris. Now I’m not going to give away too many spoilers, but I feel that Aris could find something really deep with someone who already seems to see and know her better than Calix ever did. I’m very excited to see where this goes in the next book!

Featuring exciting action and the perfect blend of dystopian, steampunk and just the hint of sci-fi, Shattered Veil is a thrilling start to this new series. Tracy E. Banghart weaves together action and danger with friendship, romance and excitement to ensure I’ll be counting down the days until the next book! Highly recommend!

Source: Sent for review by Xpresso Book Tours and the author (Thank you Giselle and Tracy!)
Format: Kindle ebook
Buy it: Amazon (Kindle) | Amazon(Paperback) | Barnes & Noble | Smashwords
My Recommendation: If you love dystopian/steampunk novels where the heroine grows and just gets better and better, then this is the story for you!
Cover: I think the cover is perfect--I love it!
Will I read sequel/continue with series: YES!